Entity Framework is an Object Relational Mapper (ORM) tool from Microsoft that has been an extremely popular from the time it was available. It enables developers to create data-centric applications by programming against a conceptual model rather than the relational model thereby solving the impedance mismatch between the way data is represented in the application and how it is actually stored in the database. While Entity Framework runs on .NET Framework, Entity Framework Core can run on .NET Core environment.

This article presents a discussion on how we can work with lazy loading using EF Core and Entity Developer for data access.

To be able to work with the code examples demonstrated in this article, you should have the following installed in your system:

You can download SQL Server 2019 Developer Edition from here.

You can download a copy of Entity Developer (trial version) from here.

Assuming that the necessary software has been installed in your computer to be able to work with Entity Developer, follow the steps outlined below to create a new ASP.NET Core Web API project. 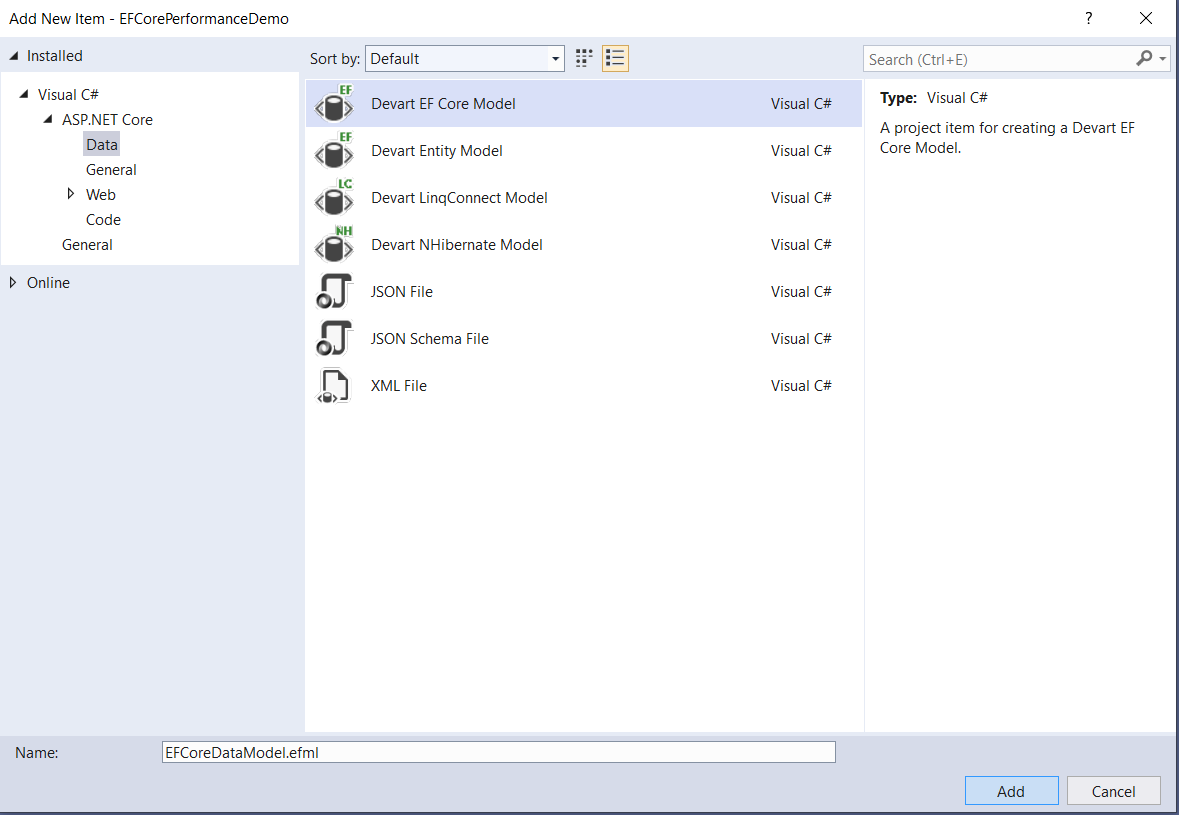 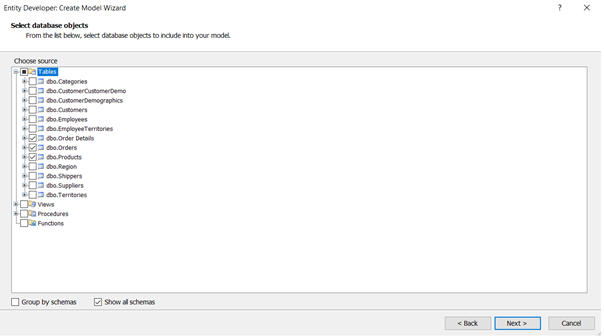 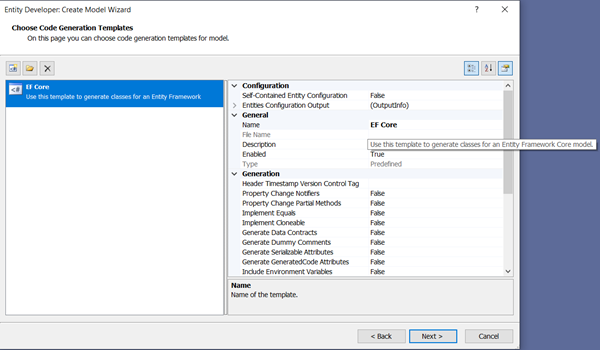 The following code snippet illustrates how you can use eager loading now.

You can also use LINQ method syntax to implement eager loading as well. The following code snippet shows how you can load related entities using Eager Loading in Entity Framework Core.

You can take advantage of the ThenInclude() method to load multiple levels of related entities as well. Here’s an example:

Here’s another example – this one uses the AdventureWorks database.

Lazy loading is a pattern that enables you to defer the loading of data till the time it is actually needed. While this might give you benefits in certain use cases, it can also degrade the application’s performance in certain other use cases such as web applications. It should be noted that Entity Framework Core does not support Lazy Loading out of the box – you need to enable it explicitly. Lazy loading can be enabled using one of the following ways:

Install the Microsoft.EntityFrameworkCore.Proxies package onto your project using the NuGet Package Manager. Next, you can take advantage of the UseLazyLoadingProxies method to facilitate the creation of proxies in the OnConfiguring method of your DbContext as shown in the following code snippet:

Lastly, you should ensure that the navigation properties are marked as virtual. That’s all you need to do!

You can leverage the ILazyLoader interface to lazy load the navigation properties. To be able to use this approach, you should install the Microsoft.EntityFrameworkCore.Abstractions package onto your project. Next, you should reference the Microsoft.EntityFrameworkCore.Infrastructure assembly in your program to be able to use the ILazyLoader interface.

You can turn off lazy loading at the db context level by setting the LazyLoadingEnabled property to false as shown in the code snippet below:

Here’s the updated version of the NorthwindModelOptimized class with the above change incorporated.

Entity Framework Core, a lightweight cross-platform version of Entity Framework, provides you a standard way to access data from several data sources. It includes support for both Eager Loading as well as Lazy Loading. Albeit the benefits, both have their downsides as well. For example, you can disable lazy loading if you wouldn’t want to use it.