I need help. This has been bugging me for days and I cannot for the life of me figure out what is happening. 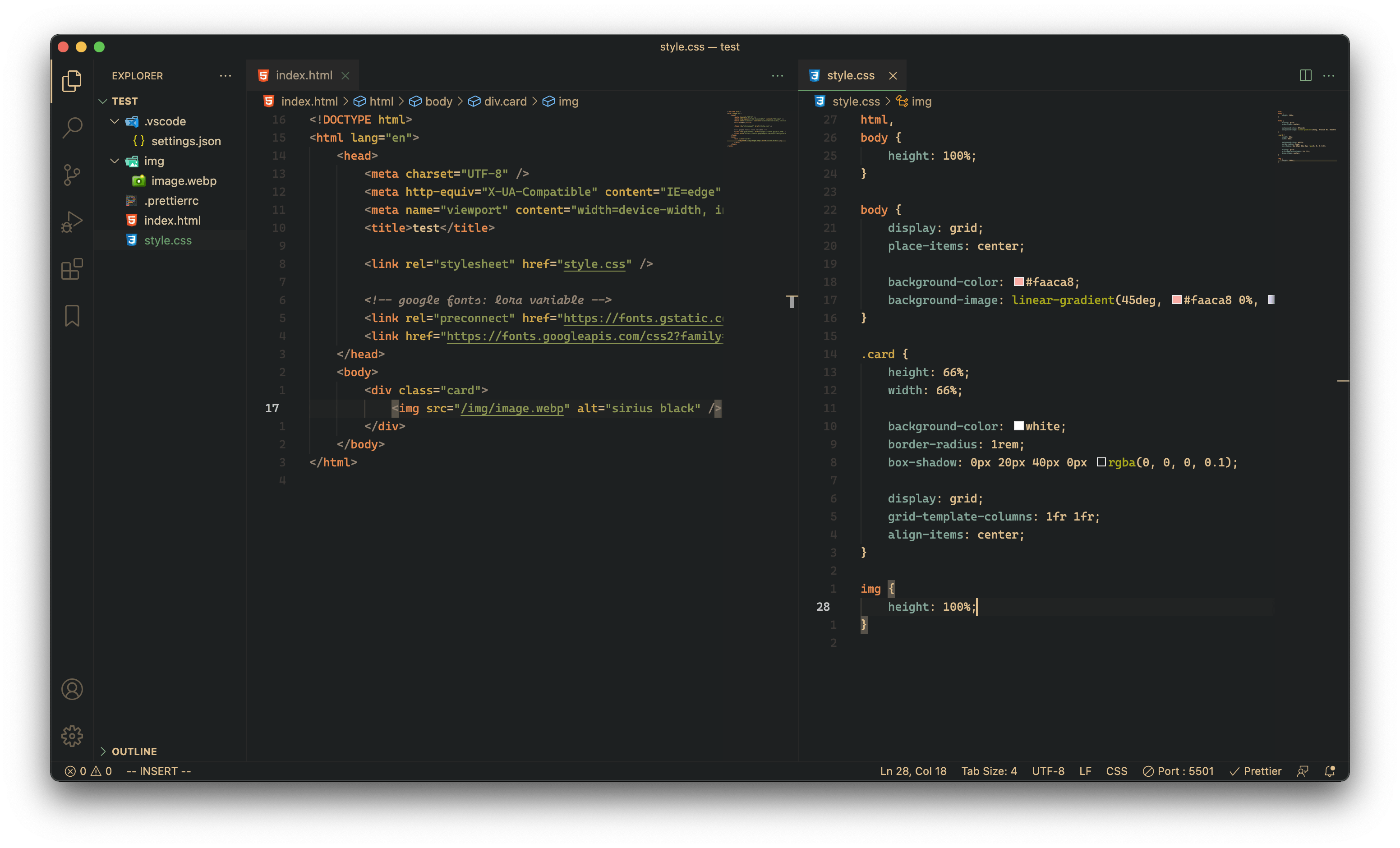 I have div with an image in the HTML. In my CSS, both the html body elements have height: 100%; and the body is a grid element, with place-items: center;. The div (card), has height and width 66%. The image is a child of the div, and if I would made it height: 100%, it would make it the same height as the div. Except it does not. On Firefox and Edge (Chrome and Opera too). On Safari I get expected behaviour. 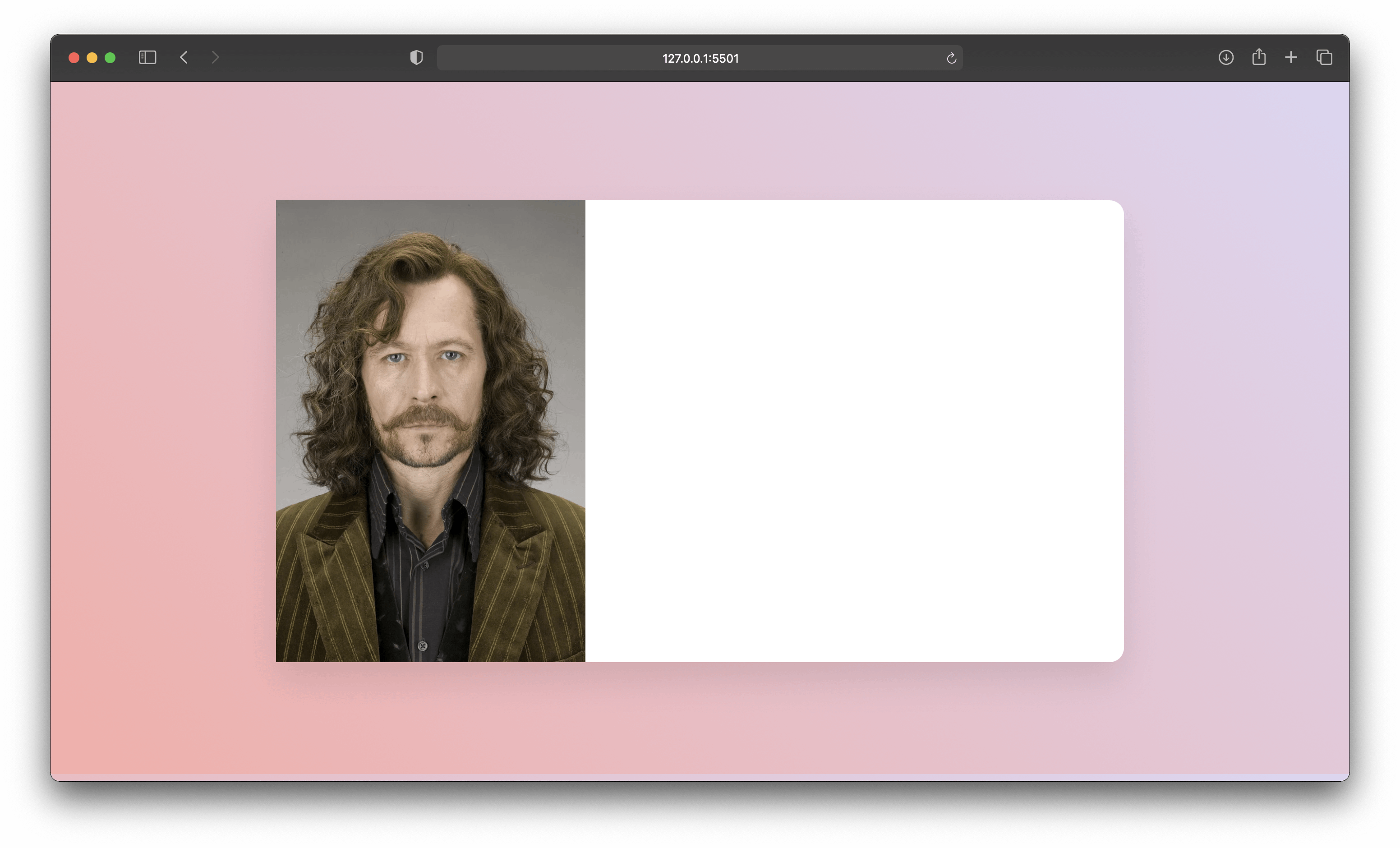 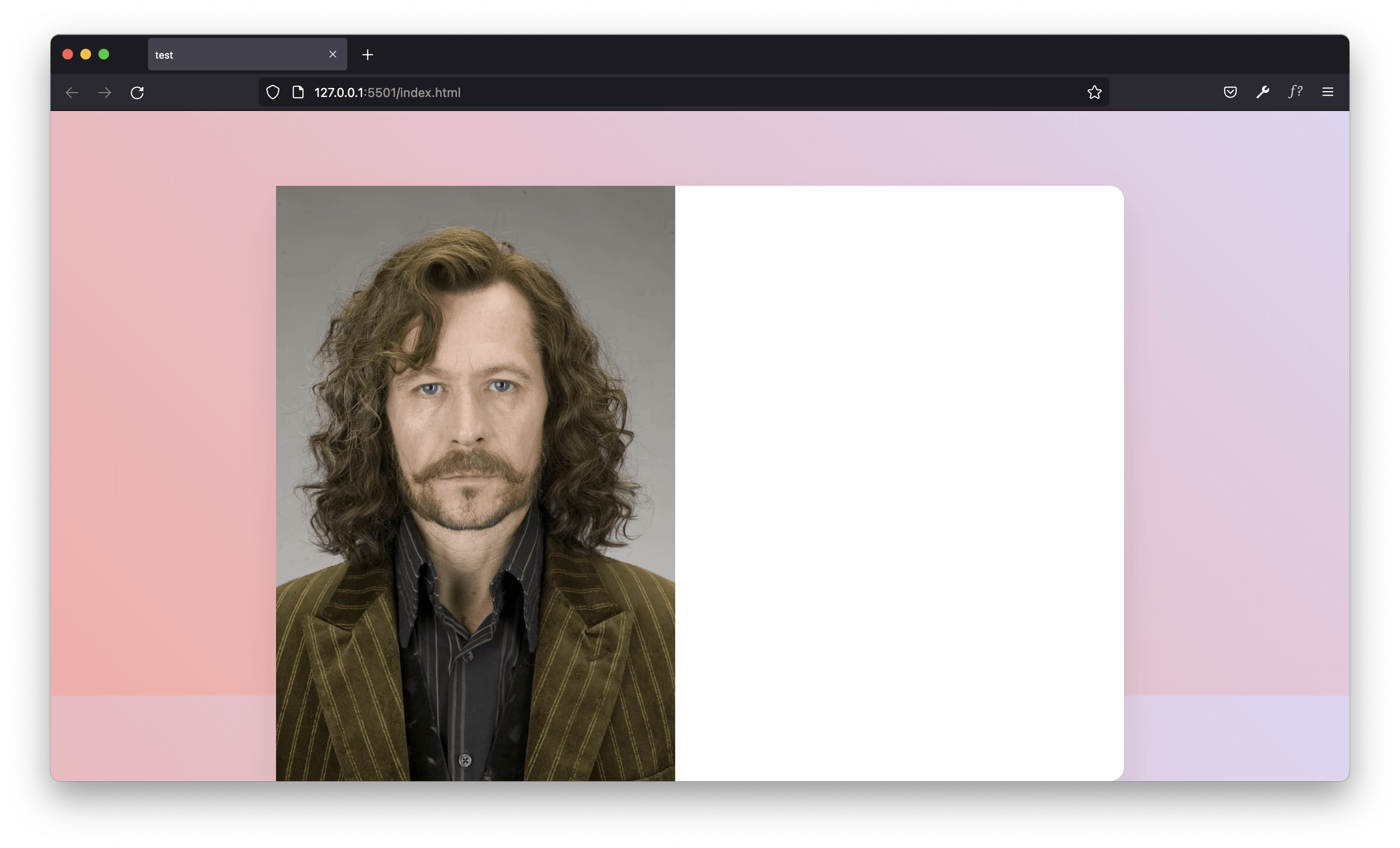 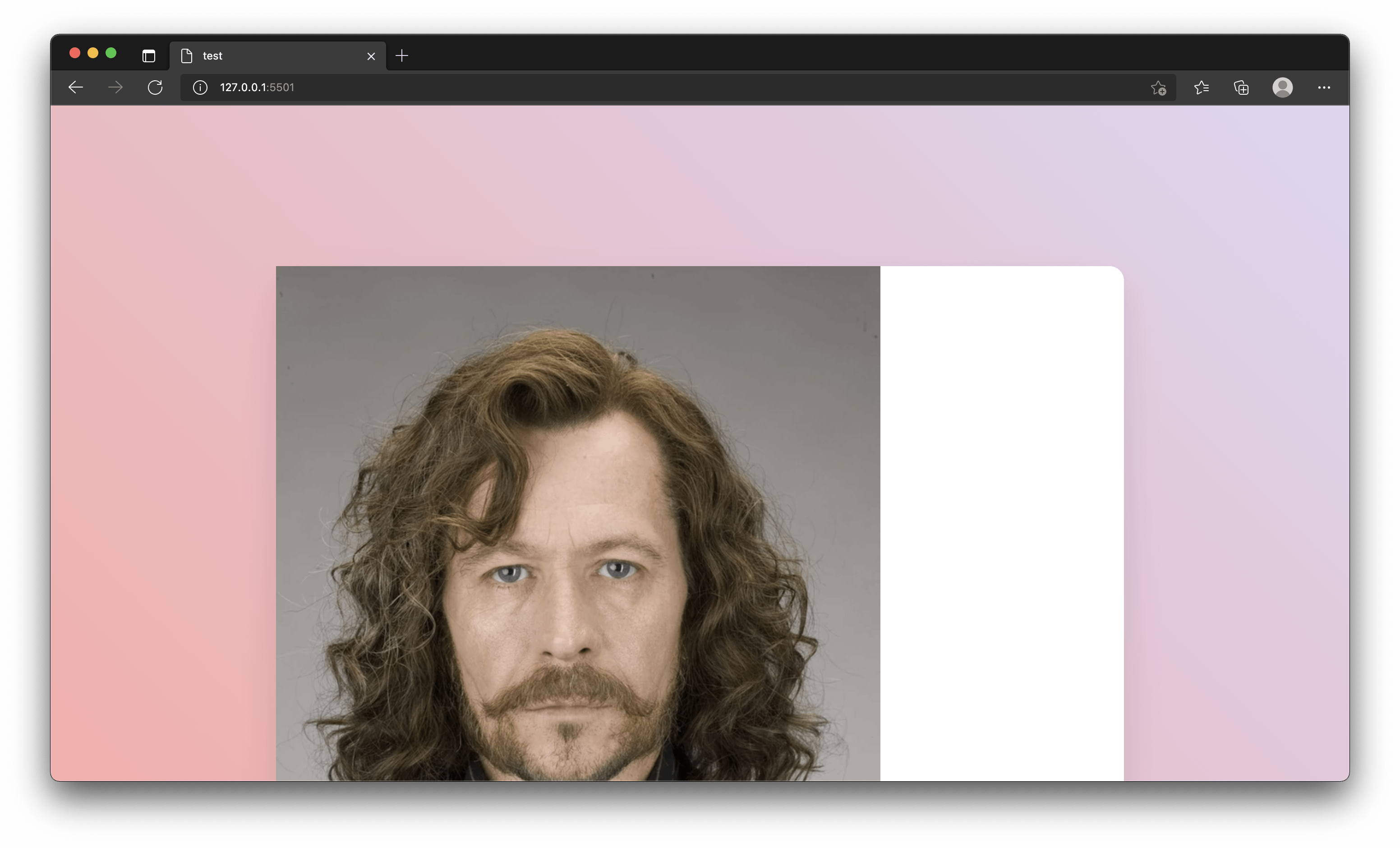 the code, with height: 10% on the image element 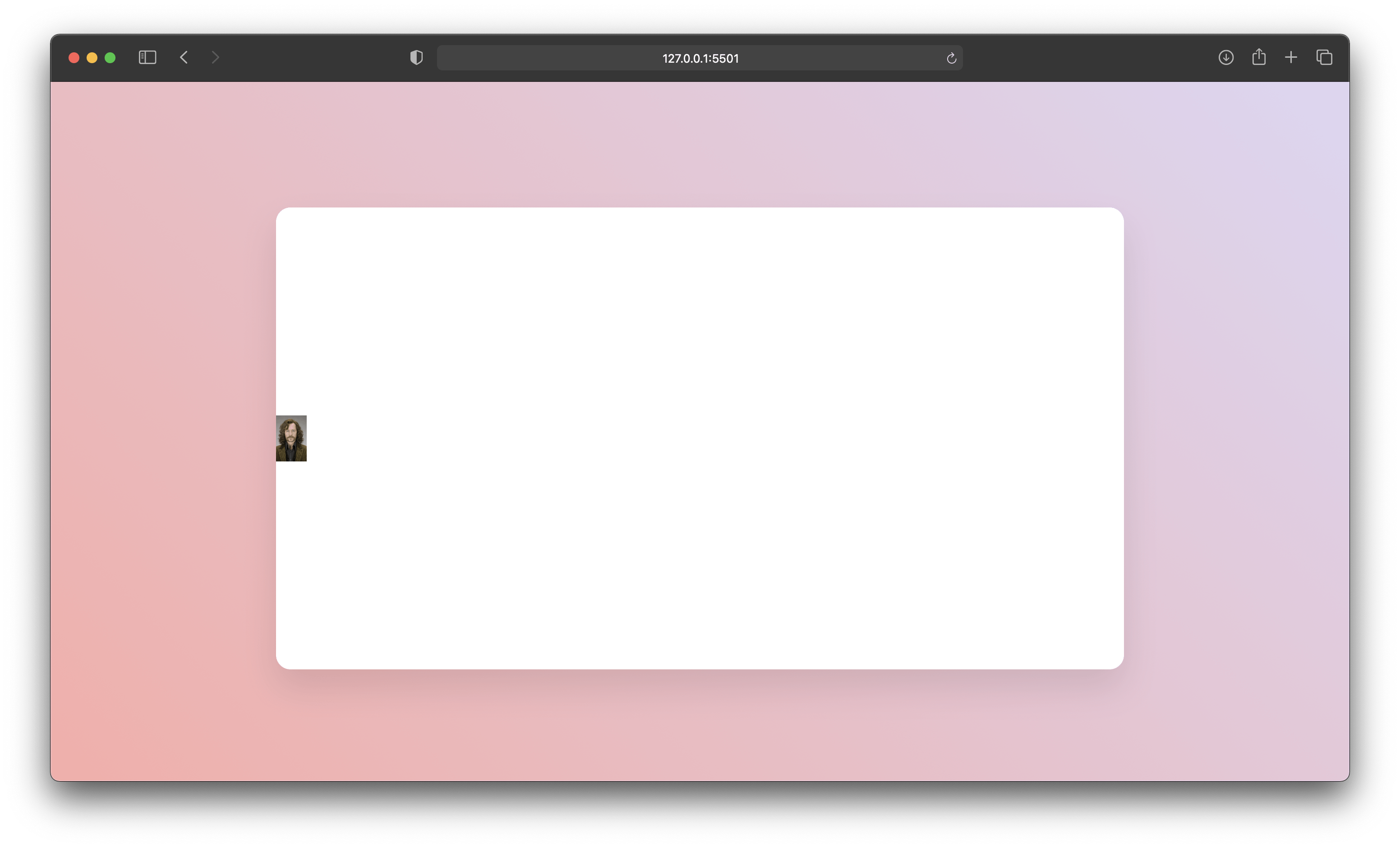 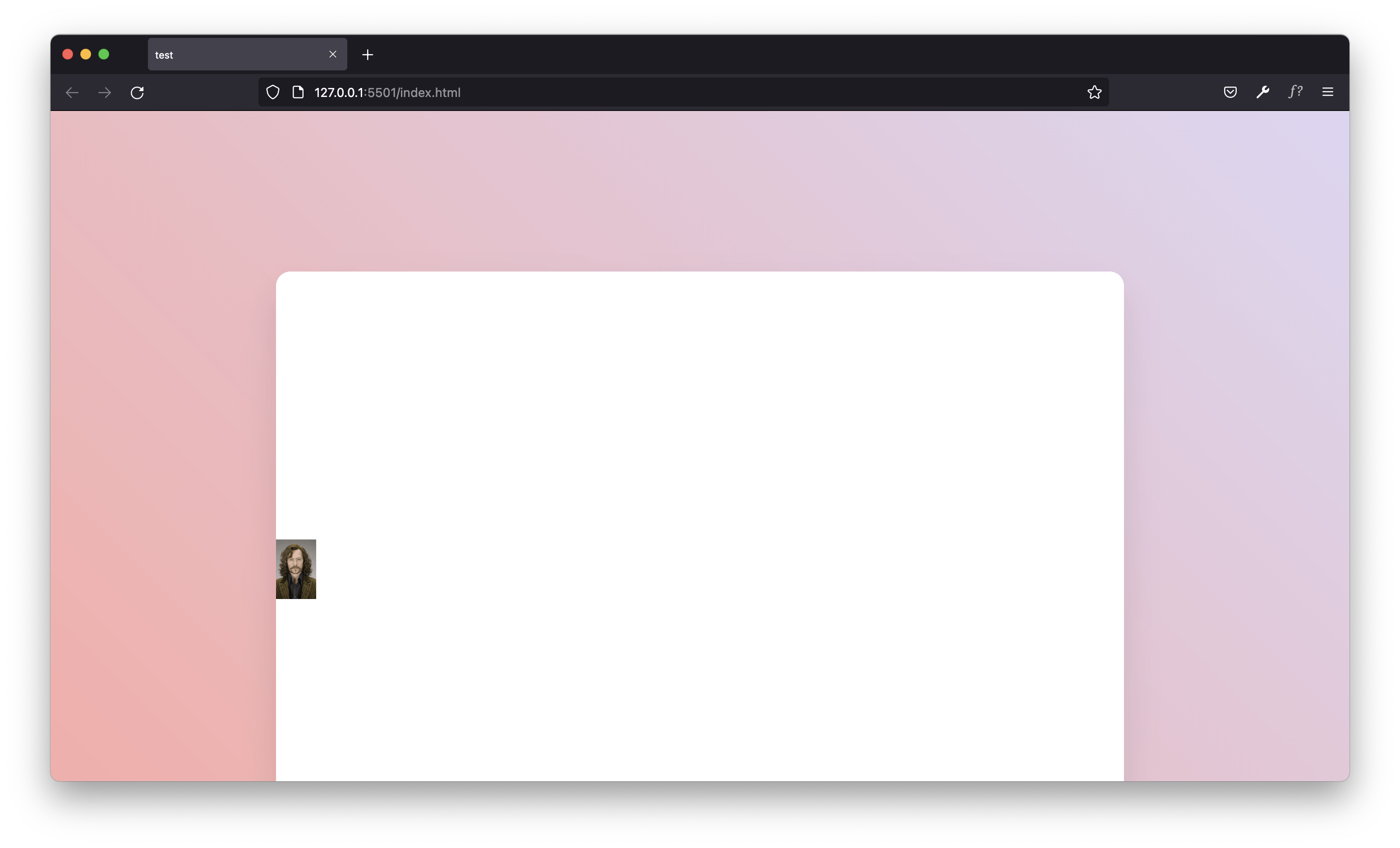 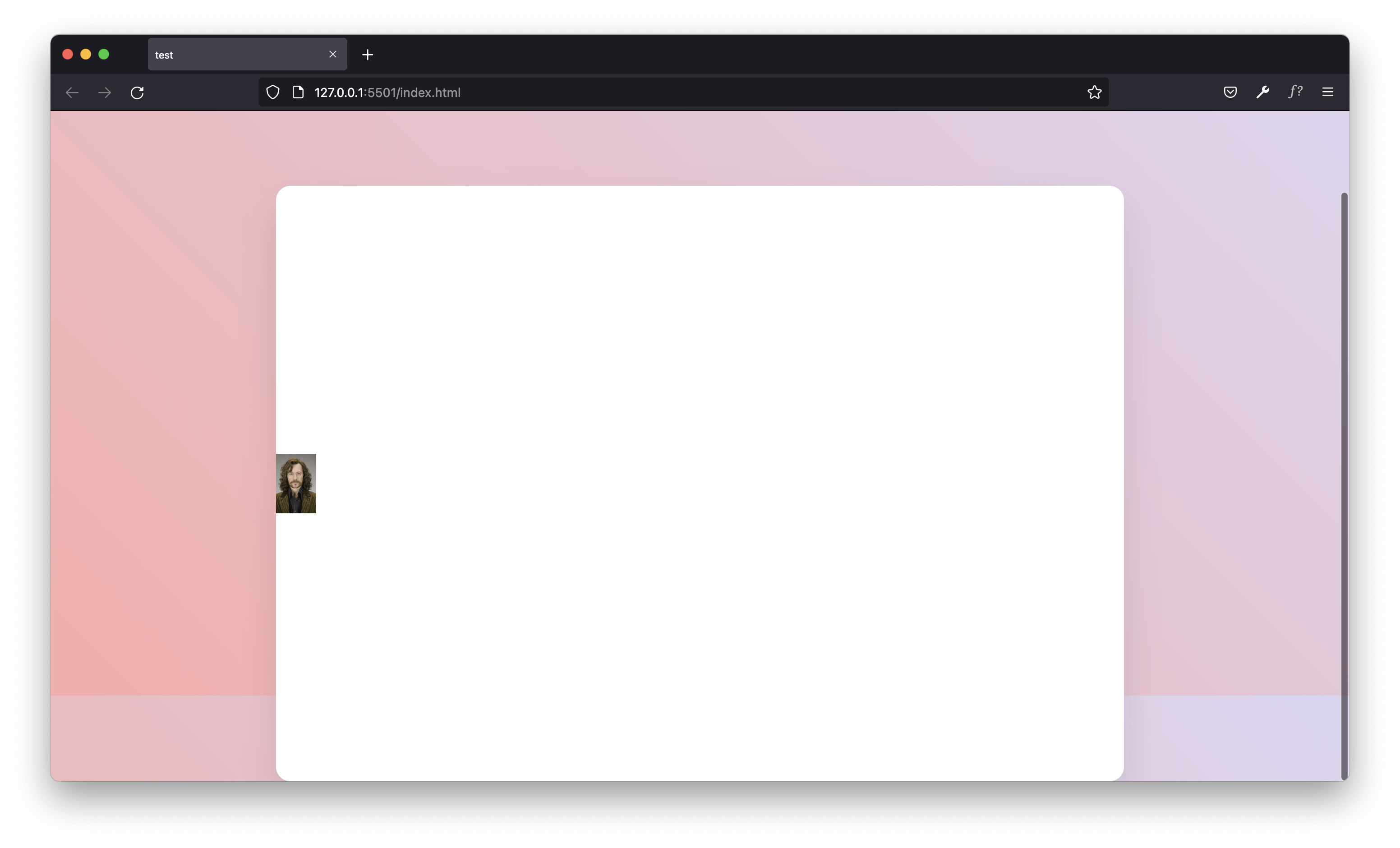 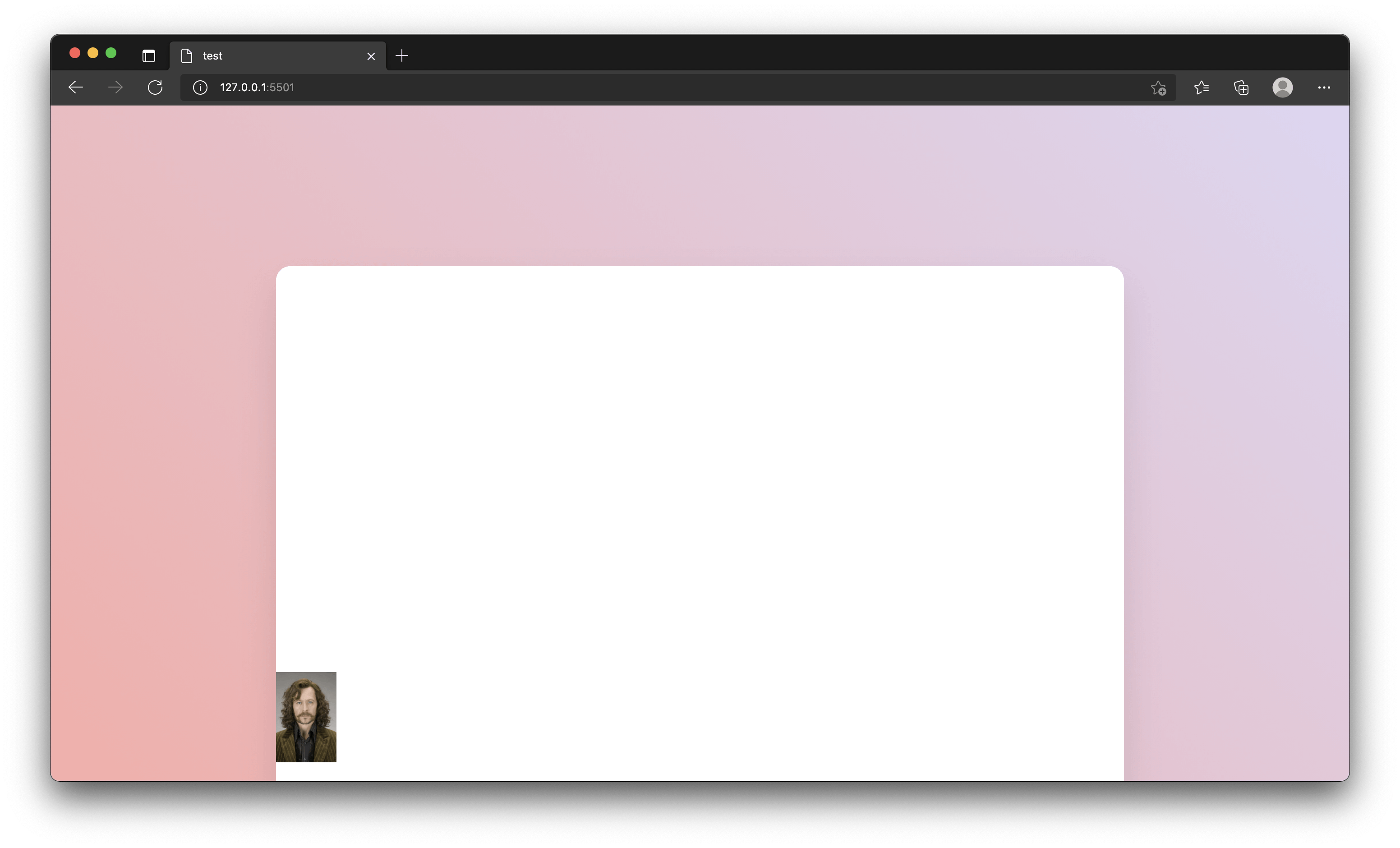 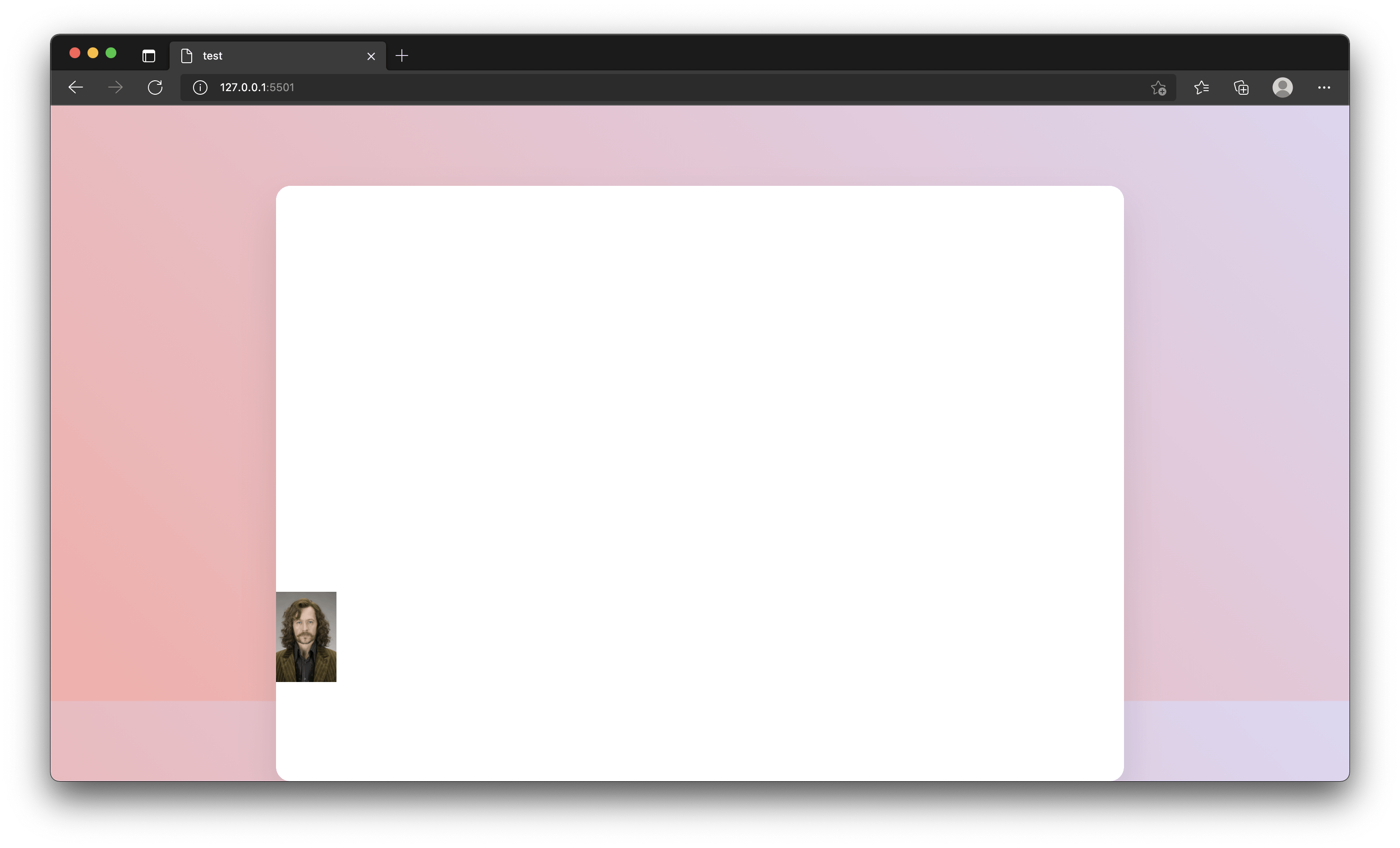 Again, Safari is doing what I think is supposed to happen. Having the image on the card pushes the card down on Firefox, and I don’t know what the hell Edge is doing (it’s the same with Chrome and Opera). When I remove the image from the HTML, the card is centred on all browsers.

Why is this happening?

Let me know if I have given sufficient information.