The reason .IO domains are so expensive & popular : webdev

The reason .IO domains are so expensive & popular : webdev


In the past few years, the TLD dot io has seen a significant increase in popularity. And on pages like Namecheap or GoDaddy buying an unregistered dot io domain is more expensive than a dot com domain. But why is that the case & what makes dot io so popular?

A registry that has the right to sell domains of a particular TLD determines the standard fee for its transactions. The “Internet Computer Bureau” holds the rights to sell dot io domains and it is likely that they charge high fees. We can’t know the exact fees they take. But every domain marketplace like Namecheap, Godaddy etc have higher prices for dot io domains than dot com. This can either be due to higher demand or the higher fees are the reason.

Often the higher demand is given as the reason for these prices, but there are reasons that suggest that the fees charged by the “Internet Computer Bureau” are the main driver of the cost.

First, because the “Internet Computer Bureau” not only holds the right to sell the dot io TLD. They also hold the rights to the dot sh and dot ac TLDs. However, these two TLDs are not nearly as popular as dot io but still cost $29.57 (on Namecheap), leading me to conclude that they have set relatively high transaction fees.

Second, if demand were the main driver behind the high prices, then dot com should be more expensive. As of September 2020, there were 3.4 million dot com domains registered. That represents about 68% of all registrations that month (4.9 million). While dot io didn’t even make it into the top 10 TLDs of newly registered domains. This leads us to believe that “Verisign” has lower fees than the “Internet Computer Bureau”.

But the demand argument is not completely absurd. While it’s not true that demand for dot io is higher than for dot com, there is something to be said for customers being willing to pay more for dot io. GoDaddy has made the decision to price dot io 20% higher than the other “Internet Computer Bureau” TLDs they sell. This suggests that a higher price will be accepted by most customers looking for a dot io domain. They have even removed the promise of having the “same price next year”. And by that, keeping all options open to generate even more income if the trend continues to grow. 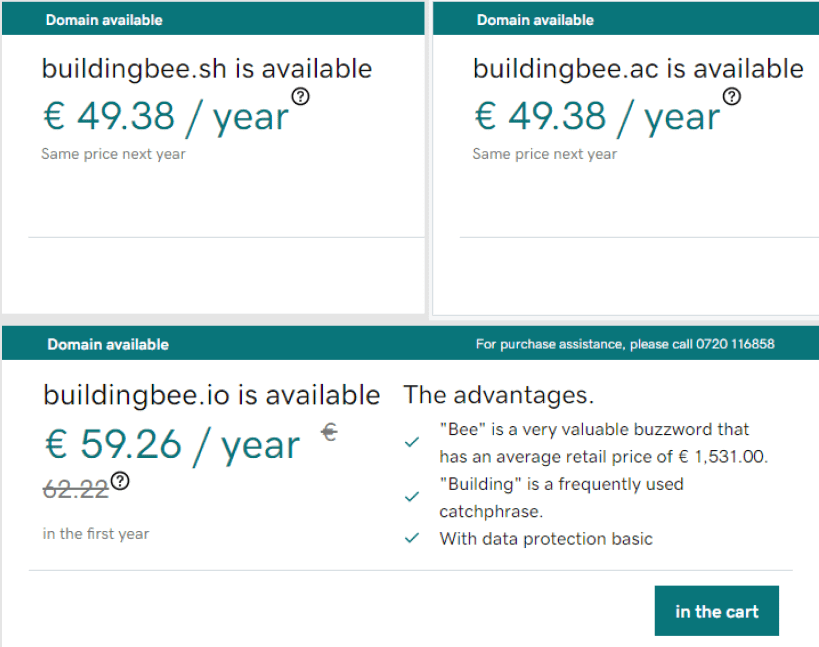 The post you’ve read is all part of a new article I’ve released on Indiebrands.io If you want to read the whole article you can read it here.

Thanks for reading. Are topics like those interesting for this subreddit?