Question on design for a viral marketing feature : web_desig…

Question on design for a viral marketing feature : web_desig…

Over the past few months I have been building a newsletter platform, postheat.com, and I just released a new feature that is a viral marketing strategy for my users and PostHeat.

Let me tell you about the feature…

I read an article a while back about using the power of other networks to market your startup (i.e. leveraging Twitter, Facebook, and LinkedIn connections). In the article, the author used Twitter to create a viral marketing strategy by letting users create tweets with a link back to the authors startup as part of the product.

I have decided to apply this idea to PostHeat.

So, I’m adding a new feature to PostHeat that will allow my users to do just that – quickly promote and grow their newsletters on Twitter, while simultaneously helping me to grow and promote my startup.

This is how I am planning it out: 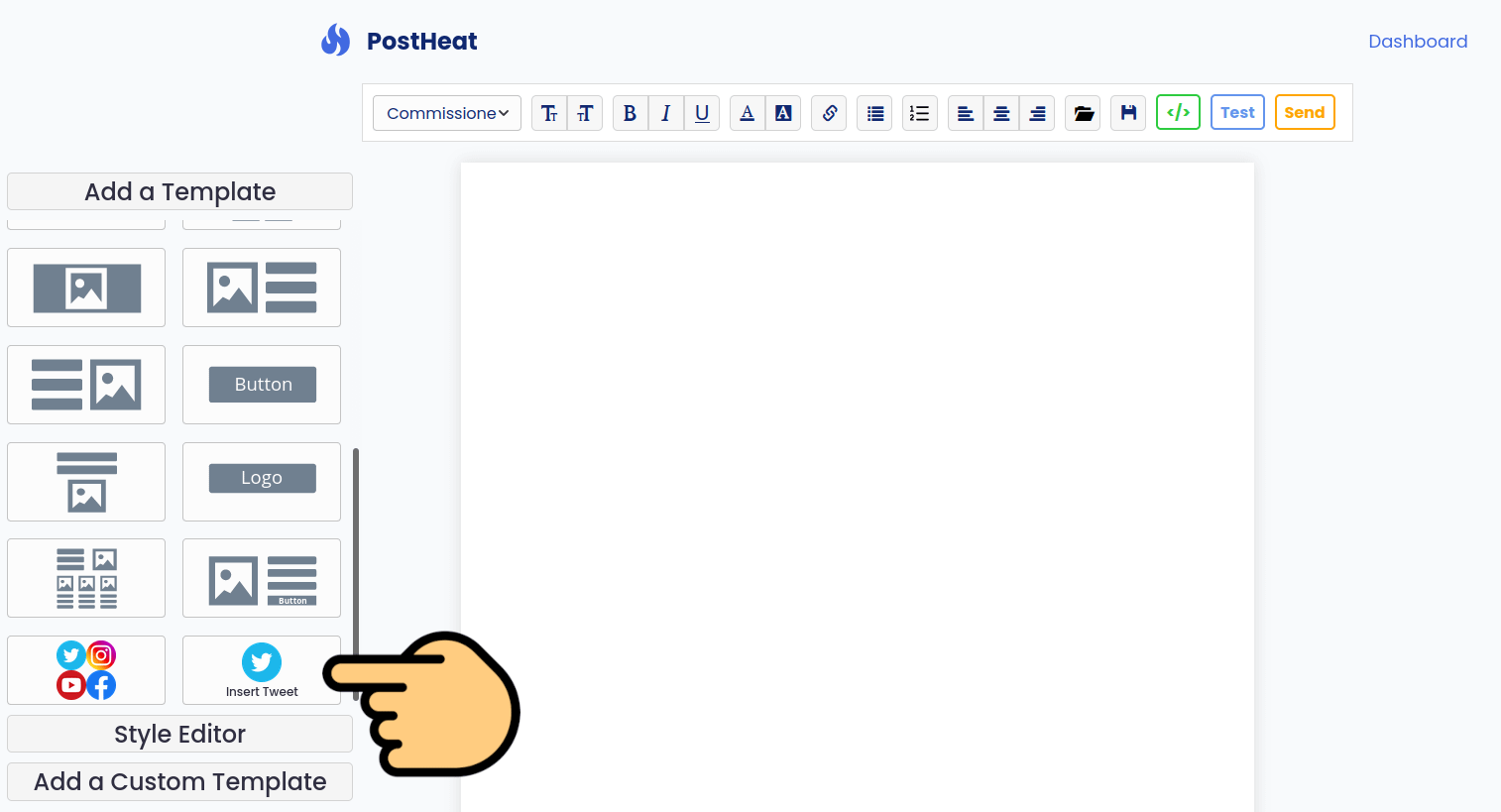 • When a user finds a tweet they want to import, they will have the option to automatically create a re-tweet, notifying the original tweet author (and everybody else who sees the re-tweet) that they are adding that tweet into their newsletter hosted on postheat.com, with a link to their subscriber sign up page.

Ex. A user finds a Product Hunt tweet to add to their newsletter, so they click the mail icon. 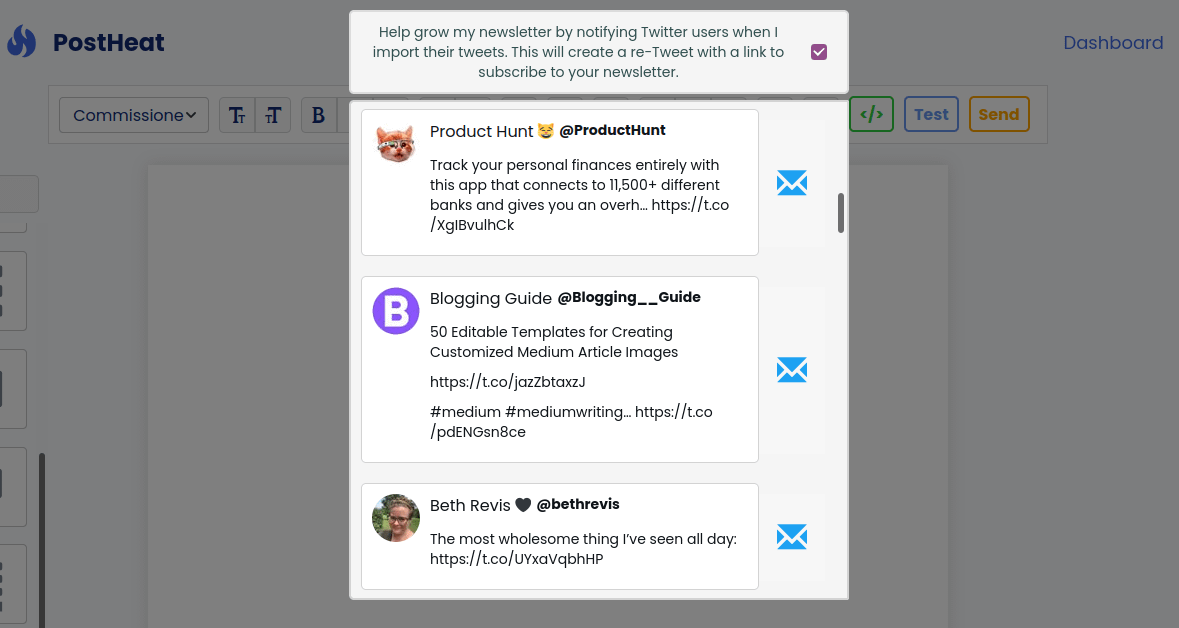 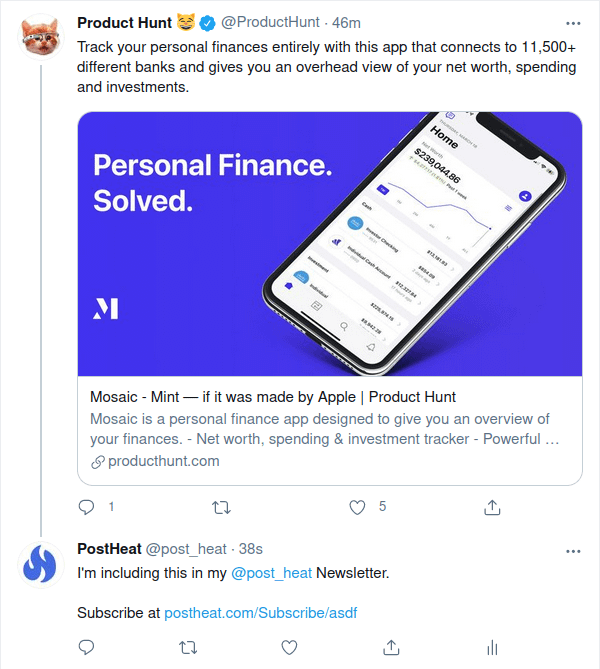 A percentage of Twitter users who see the tweet will sign up for the newsletter, and another percentage will start their own newsletters on PostHeat.com, repeating the marketing cycle. 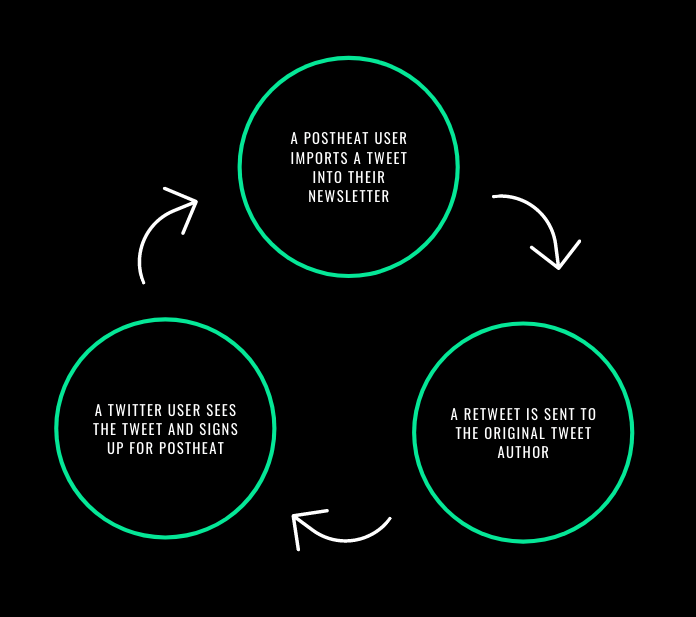 I’m hoping that this will help to serve my users by providing them an easy way to source fresh content, promote their newsletters, as well as, an organic / viral marketing strategy for my startup. However, right now the retweet checkbox is checked by default when users choose to import a tweet into their newsletter, and I’m not sure if this is crossing the line with my users. Although I do provide an explanation of what happens if the box is checked, I am trying to decide if this should be more of an opt-in feature.

How would you feel if you ran into this as a user? I’d appreciate any thoughts, as I really do believe this feature will benefit both my users and my startup.