We made a Google Docs-like thing for publishing web pages, w…

We made a Google Docs-like thing for publishing web pages, w…


Hi! For the past year me and my co-founder have been working on Brick.

We bill it as an app for personal sites and public notes. Here are examples of my own sites hosted with Brick: freedom.brick.do, artyom.brick.do, novel.brick.do. And here’s a screenshot of Brick in action: 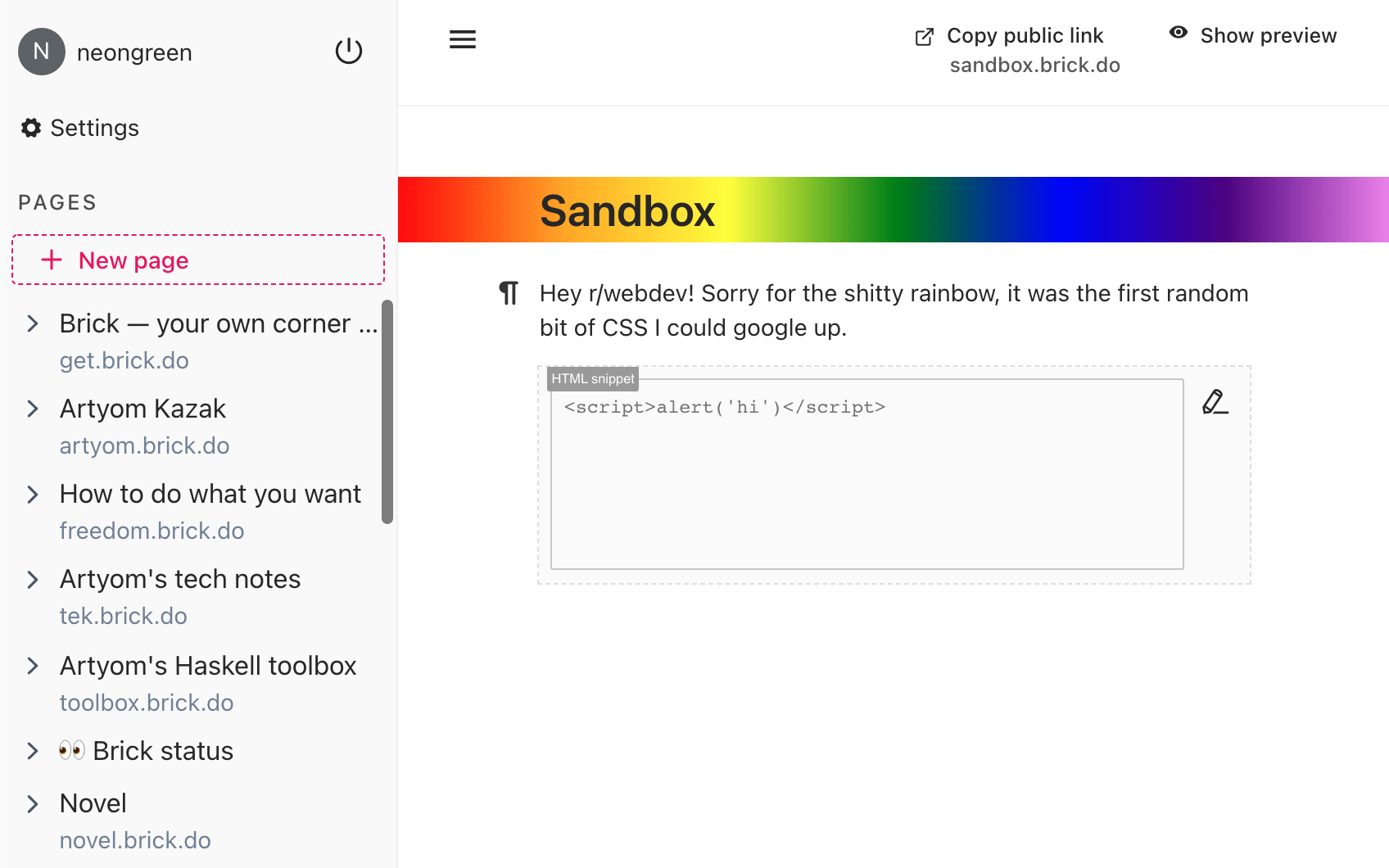 There are a bunch of modern apps for taking text and putting it online — Notion, Medium, whatever — but the annoying bit is that they usually don’t let you customize CSS, add JS, or do raw HTML inserts. You can do all of that with static sites, and I’ve been hosting my own static site for seven years, but frankly at some point in life it gets kinda annoying.

Brick doesn’t try to force another social ecosystem at you. It doesn’t have “stories” and “featured articles” and comments. It’s just a thing to put goddamned text on the internet, anonymously if you want, and have control over it (no ads either!).

Turns out that having control feels pretty cool. I am using Brick myself, and in 2020 I started more mini-sites and wrote more content than in all the previous years of writing put together.

Try it out and tell me what you think!