I built a learning platform using Next.js, TypeScript, and F…

I built a learning platform using Next.js, TypeScript, and F…

I’ve been writing video courses on mobile and web technologies for a little while now, and as they’re spread out over a few different learning platforms (YouTube & Udemy etc), I wanted to build a site to consolidate them together. It’s called CodeSnap.io! 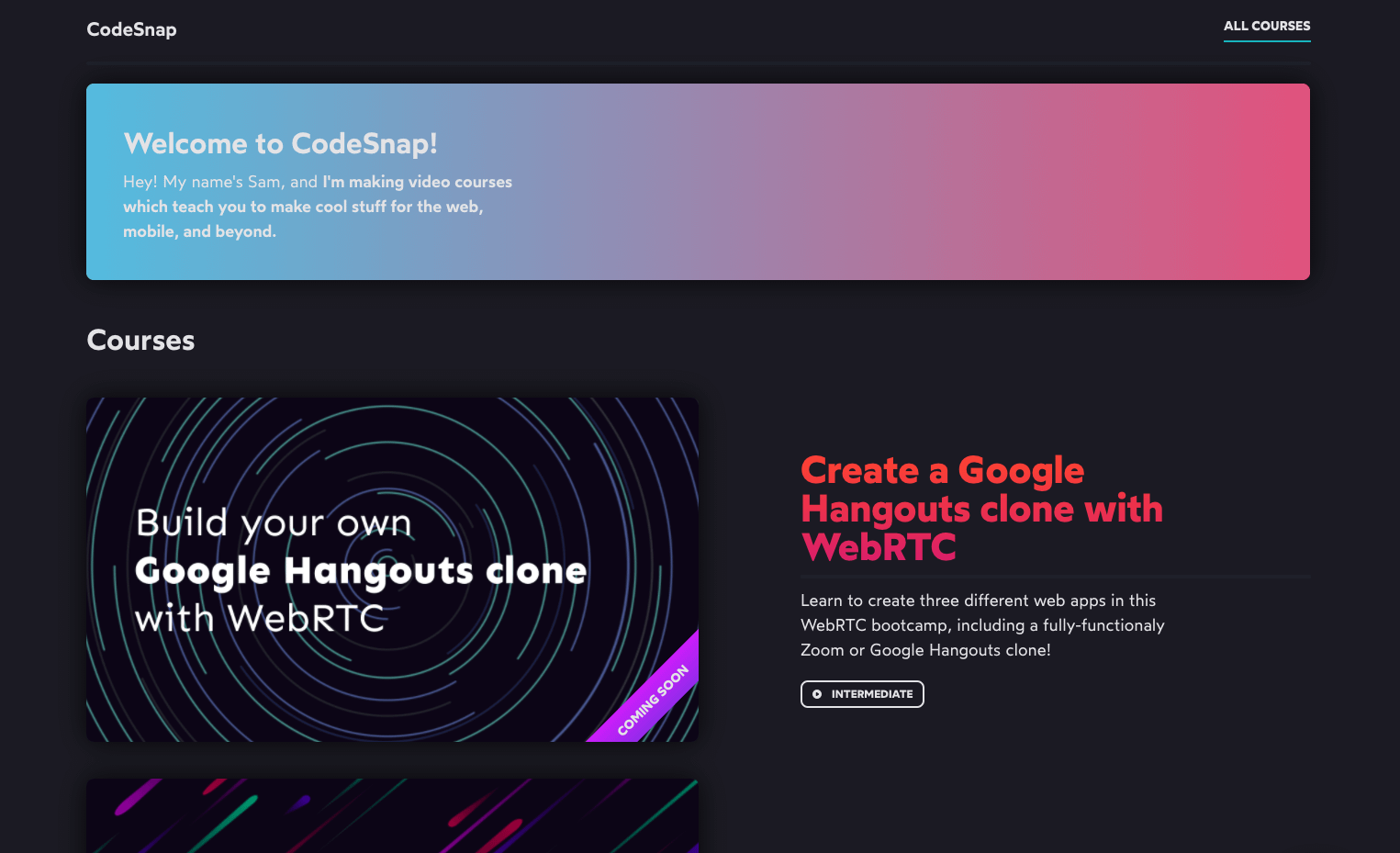 I thought it’d be a good opportunity to brush up on my SSR, so I used Next.js & React to build it out with TypeScript and Styled Components, and all the animation work was done using Framer Motion. Data fetching is from Contentful’s GraphQL API using urql, then deployed to Netlify using next-on-netlify.

If anyone’s interested in seeing the repo, drop a comment letting me know – I might clean it up a bit and open source it if there’s enough demand.

There’s not a bunch of content in there right now (😅), but I’ve got a few courses in the works that I’m really excited about releasing over the next few months. Would love any feedback on the site you might have on it.