How I created a fan video in 3D for the Roli music company. …

How I created a fan video in 3D for the Roli music company. … 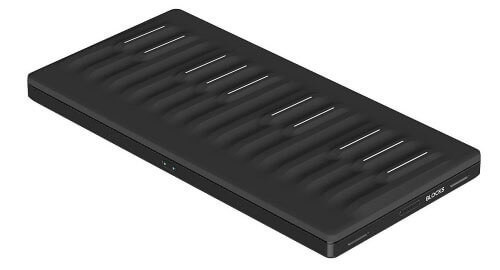 First, look at the result:

The work on such a project lasted about two months. Now I will show you how the creation process takes place.

First, I learned about the features of the instrument, saw a video on YouTube where this key is played like a violin/guitar and emit unearthly sounds. Some ideas immediately began to appear.

Then I created a mood board from image associations, chose a color scheme, a suitable track, and found video examples for the composition. 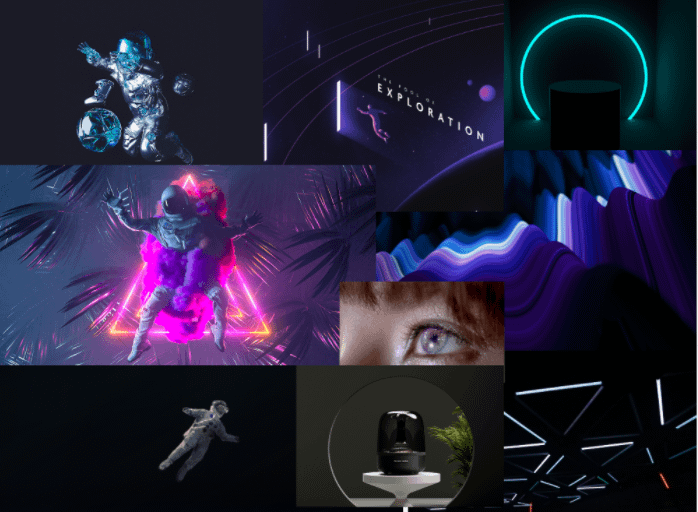 one example of composition

Next, I put together sample videos and started a primitive video assembly. Arranged simple geometric shapes to understand the composition and start setting up animations. I had no experience in Cinema 4D, so I had to learn everything from scratch. I also found footage on the video stock for 3D implementation there. 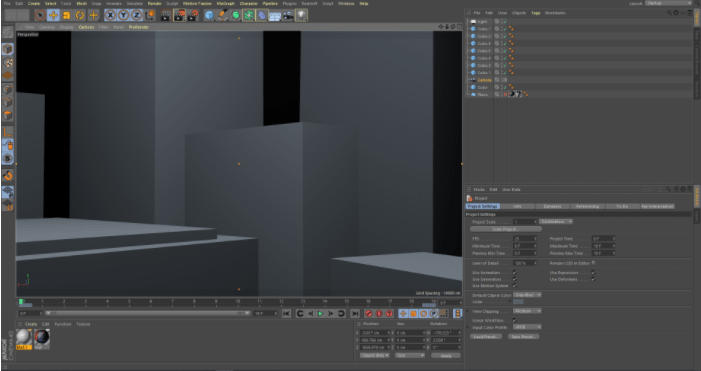 After a few days, I already mastered the program and made the first sketches:

The last scene with scrolling Instagram WeAreRoli on the phone

Yes, so far everything is gray and incomprehensible. So let’s move on.

At this stage, I tweaked the animations and started filling the scenes with the color palette I chose at the beginning. The main thing here was to make the scenes match in speed and colors. Here’s the result (comparing some scenes from the previous step):

But that’s not all. left – before, right – after

It is interesting how the light changes the volume of the environment, and the materials add liveliness and realism.

It remains to work on the previously found footage.

In scene number 1, I wanted to add balls that would fall behind and in front of the girl. To do this, I did tracking in After Effects, transferred the project to C4D, added spheres there, exposed lights and set up materials. After that, I processed it again in After Effects. That’s what came out of it: With scene 2 it was almost the same, but there was a little more work. To embed the girl in 3D space, I created a room in C4D, transferred it to After Effects, and inserted the girl there before cutting her out with masks. 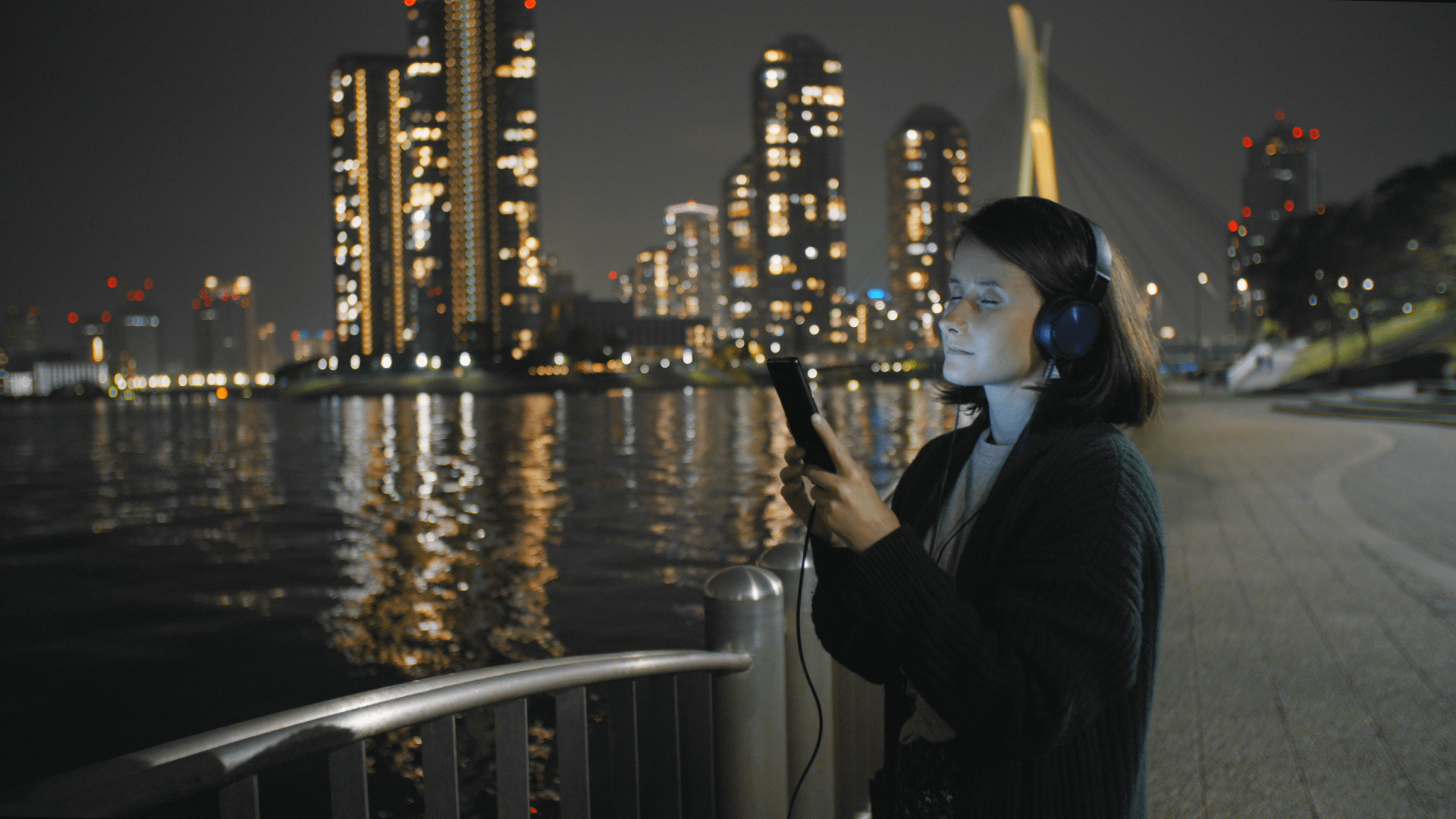 But due to the fact that all my scenes are dark and it is a night on the footage, I had to make the room darker. Here’s what happened (darkness): 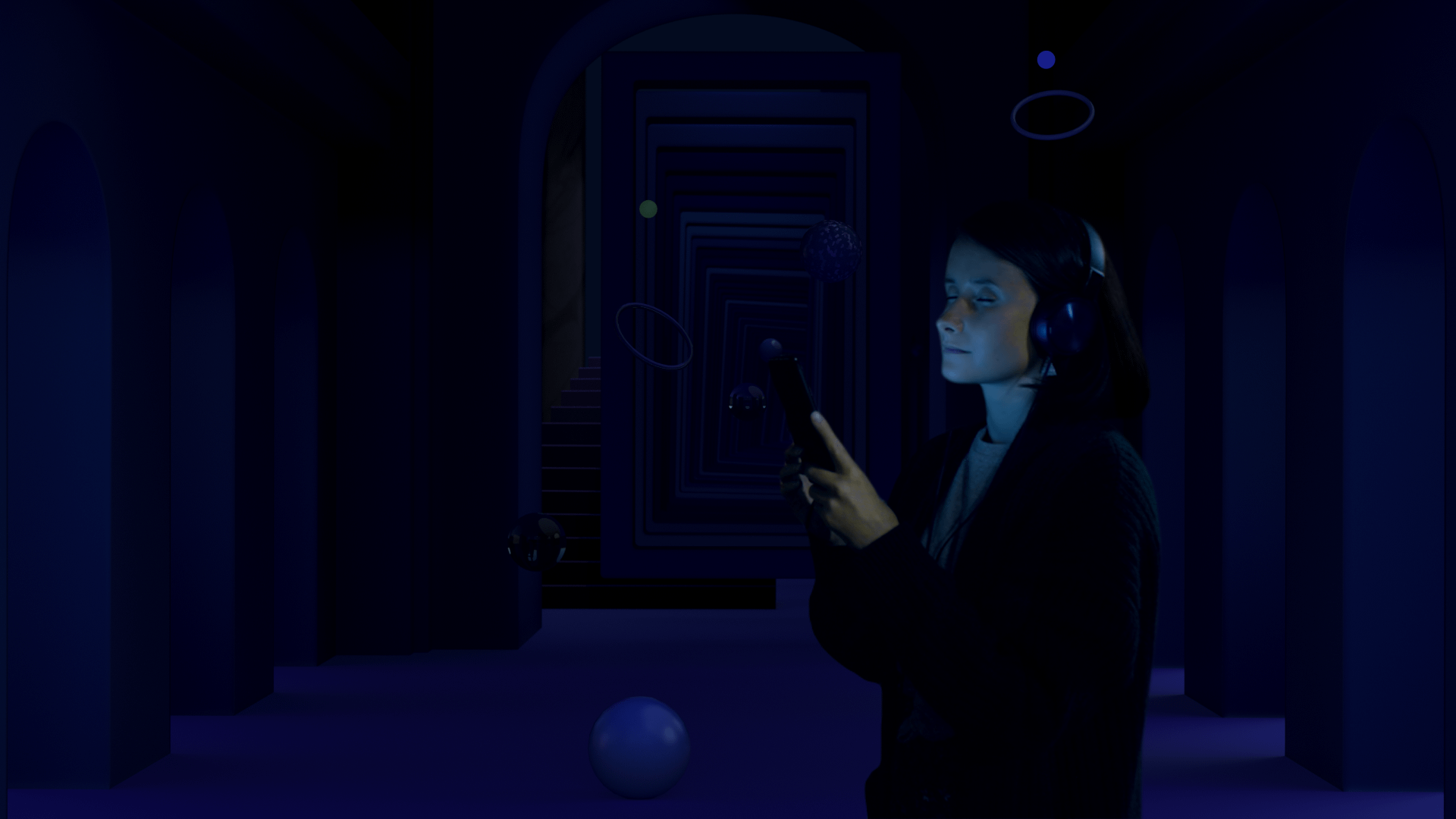 You can see more details about how I worked with the footage and, in general, on the video in my video on YouTube: https://youtu.be/nP2Q1b42z24
In order to make the scenes look more accurate and full-fledged, I finally worked with effects and edited the color where necessary in After Effects.

Thanks for your attention! Check out my video on YouTube if you haven’t watched it yet. Perhaps you will find something interesting for yourself.