Need help setting up a Jekyll and Tailwind boilerplate : web…

Need help setting up a Jekyll and Tailwind boilerplate : web…

I’ve been following this awesome and very brief “tutorial” on setting it up:

I would include dozens of other links, but this is really the relevant one.

Before I was stuck on npx tailwindcss init and eventually figured out I needed to run npm install autoprefixer first (hopefully this helps someone who stumbles upon this looking for tailwind+jekyll help in the future).

I tried running jekyll serve and got this: 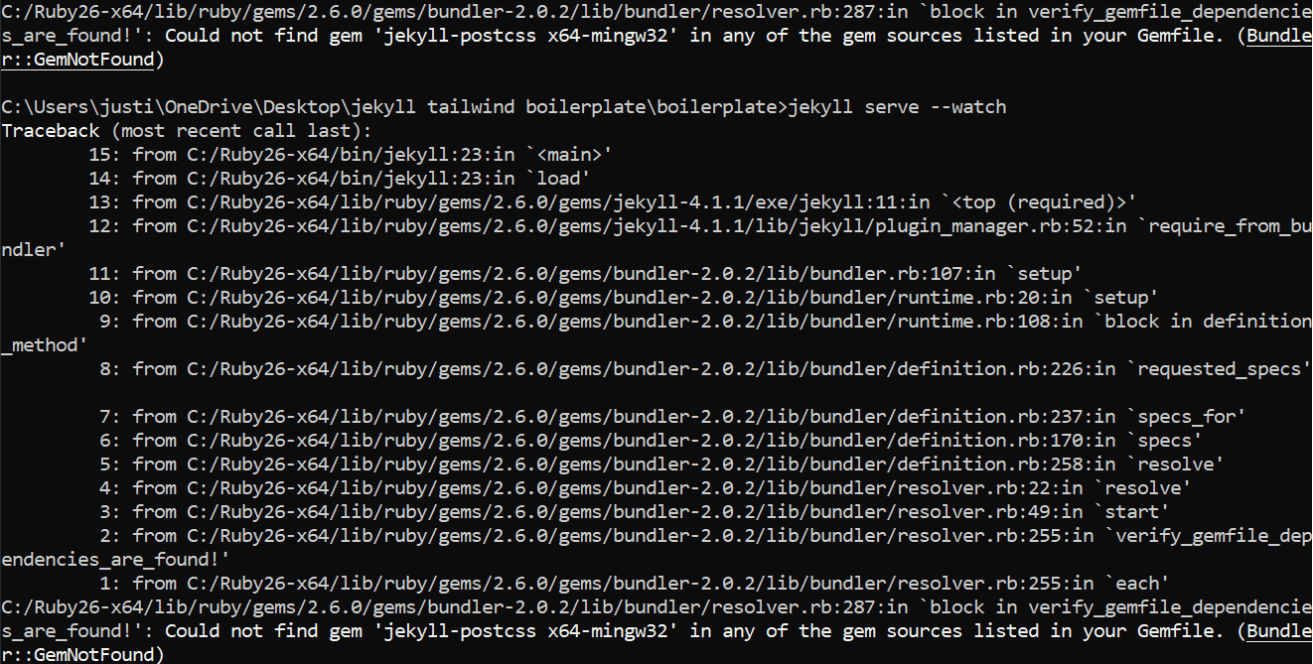 I’ve tried installing postcss and jekyll-postcss but can’t figure out how on their respective pages, or if it’s supposed to auto-install or what (npm confuses me)

to my gemfile in hopes maybe it was the version missing, but no luck.

and then served but now it just refuses to serve… also interestingly enough “gem install jekyll-postcss” gets ONE result on google…? It’s just been on this for minutes… I’ve tried killing it and trying again with no luck

Force killing with ctrl+C gets me a lot of output, ruby stuff, hope someone can make sense of it, google sure can’t: 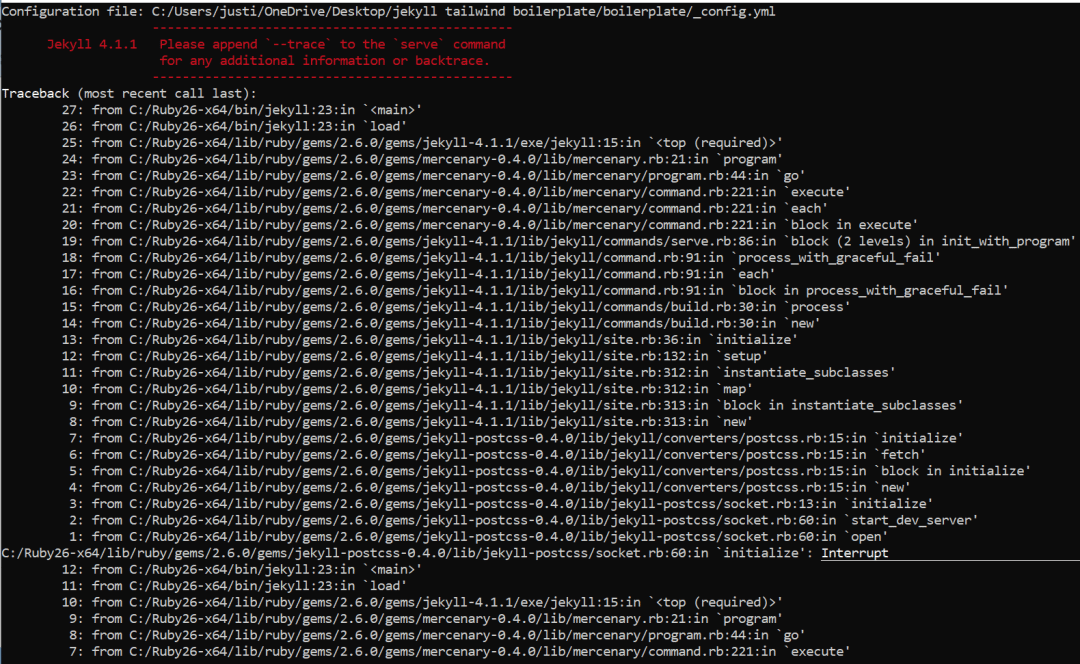 Sorry for the long post, just figured more info the better. Thanks in advance to anyone who knows how to help : )

I should note that jekyll was serving just fine immediately before I added tailwind. I know I could just use the CDN but I want all the fancy stuff that postcss seems to have like sass (don’t understand it too well but want to learn).