How should I (legally) display the Google Workspaces and Off…

How should I (legally) display the Google Workspaces and Off…


I am developing a web application that will be used by schools. Since most schools around here use either G Suite or Office365 for user and group management, I decided to integrate these services into my application so students can log in with their google/microsoft email address.

On the setup page of my app (only seen by an administrator who sets it up) there will be a prompt asking which service they want to integrate with. For this, I would like to use the respective logos of both Microsoft and Google, but I don’t know if I have the permission to do that.

This is a mockup of what the setup page would look like: 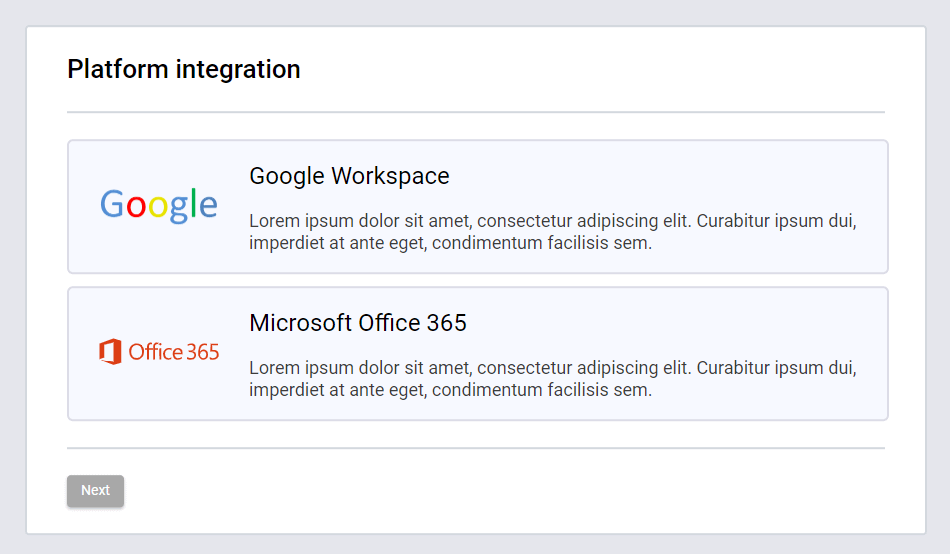 From a UI perspective, it would be better if I could use the logos without text, but Google explicitly states that they don’t allow third parties to use the multicolor “Google G” logo. I think I could use the Office logo without the text part, but then my UI would be inconsistent.

This web app will be a commercial product, but these logos wouldn’t be visible to the end users, only to the person who sets it up the first time, or customers that are setting up the demo mode to test my software.

Would I get into legal trouble if I used these logos in this context?