Here’s a tiny side-project project I built recently to distract myself from another (bigger) side-project of mine. It’s totally Twitter-dependent, so I’m afraid it won’t be of anything interest to non-Twitter users, but I’ve had this concept on the back burner for a while so now that I built it, I figured I’d share it with you all anyway.

The game is simple: you write a Tweet, and it will be posted from the next player’s account… but you’ll have to do the same!

A bit of backstory on the project

I tried to publish a first version of Tweet Roulette as an iOS app back in April 2017, but as it turns out, Apple isn’t a fan of the whole “gamble on what the previous person might’ve written without showing it to the user” type of thing. So after the app review came back negative, I said “screw it”, and decided to drop the project.

However, last month I got bored and wanted a side-project to distract me from my other side-project. So I thought “hey, maybe I could just build this as a website/web app!”

A day later, Tweet Roulette was re-born from the ashes!

Admittedly, this is not the most constructive project ever. But I figured that somewhere amongst the jokes and the sh*tposts that will inevitably result from this, some Tweets to help promote personal projects, charities and social causes might also be found. And that, I think, could make it all worth it.

Am I reusing the same images I made for my failed Product Hunt launch? Absolutely.

Am I ashamed of that? Not really… ok, maybe a bit. 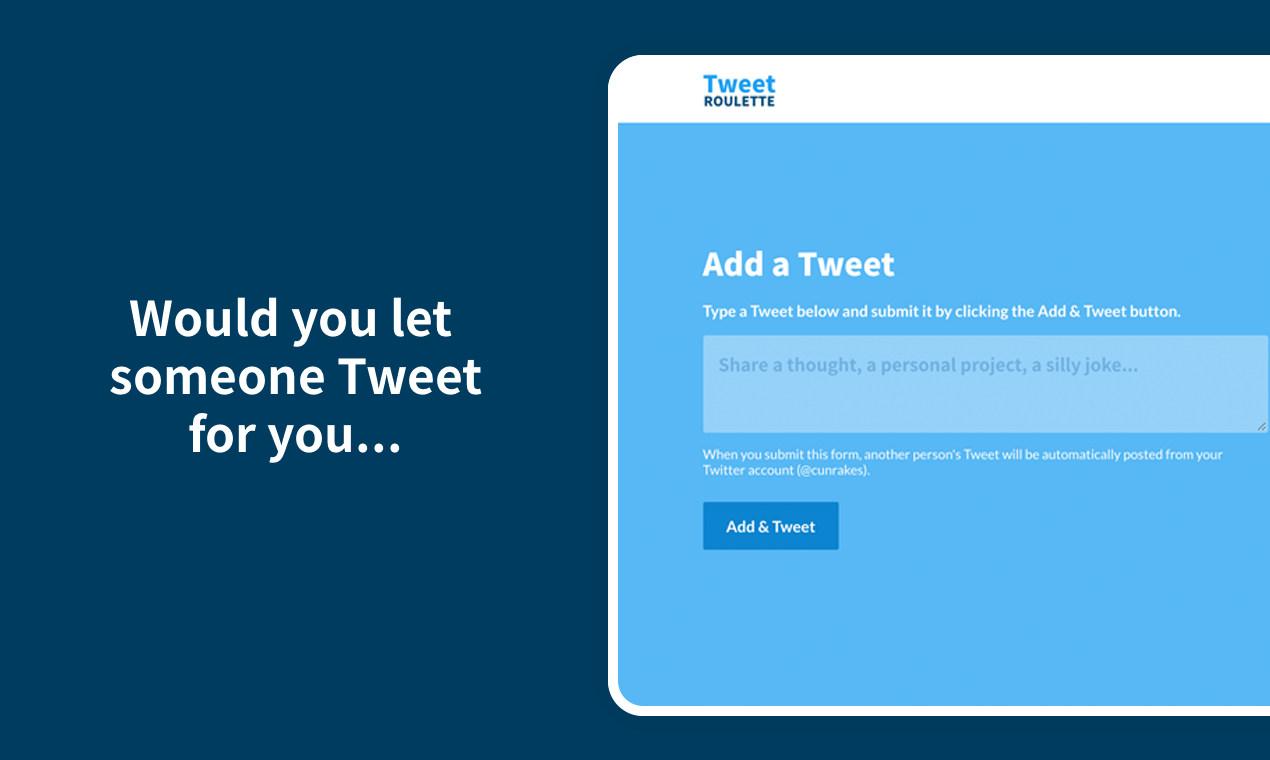 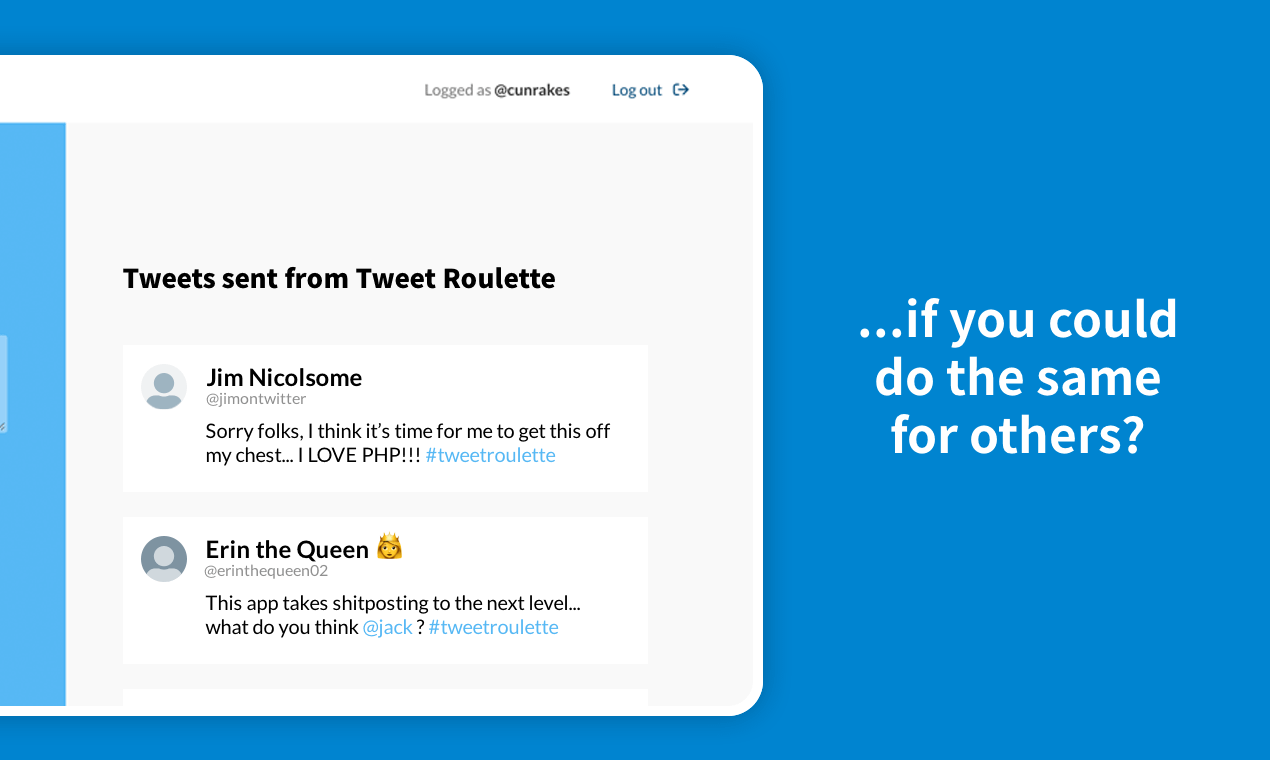 …if you could do the same for others? 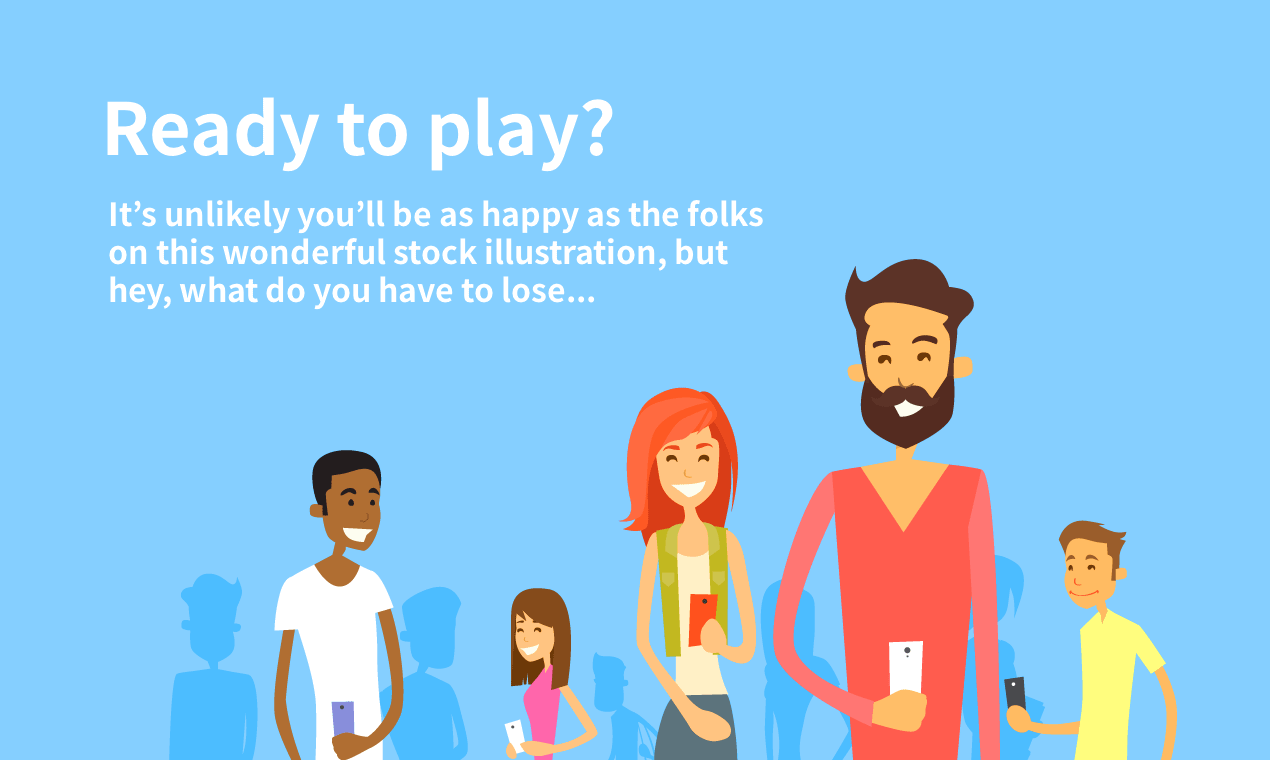 Ready to play? [include your own terrible joke here]