What is Swift Package Manager?

The Swift Package Manager is a tool for managing the distribution of Swift code.

It’s integrated with the Swift build system to automate the process of downloading, compiling, and linking dependencies.

The Package Manager is included in Swift 3.0 and above.

This command gives you the details command available for Swift Package Manager.

Every package must have a manifest file called Package.swift in its root directory. 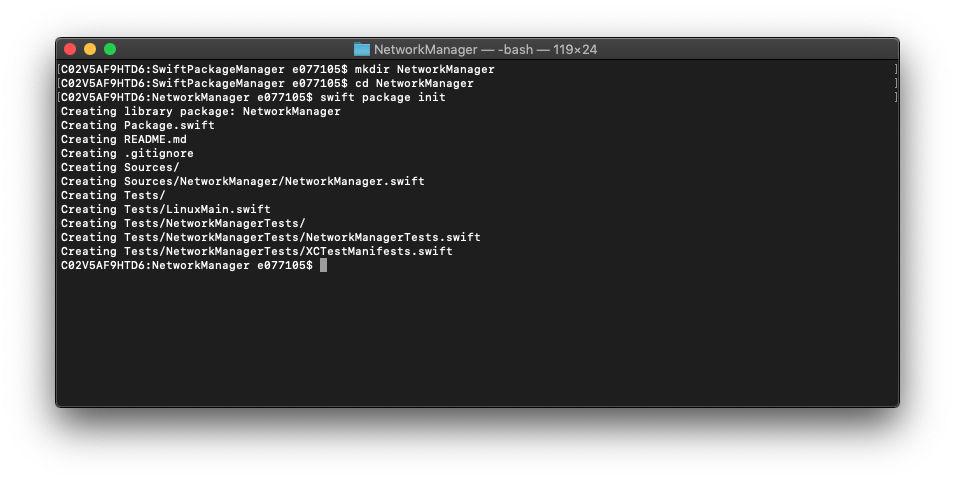 A target is considered as an executable if it contains a file named main.swift. The package manager will compile that file into a binary executable.

NOTE – In Xcode 11, we can also perform the above setup using the File > New > Swift Package menu command.

By default, the swift package init command creates the below package directory structure.

Swift packages don’t use .xcproject or .xcworkspace but rely on the folder structure and use the Package.swift file for additional configuration. 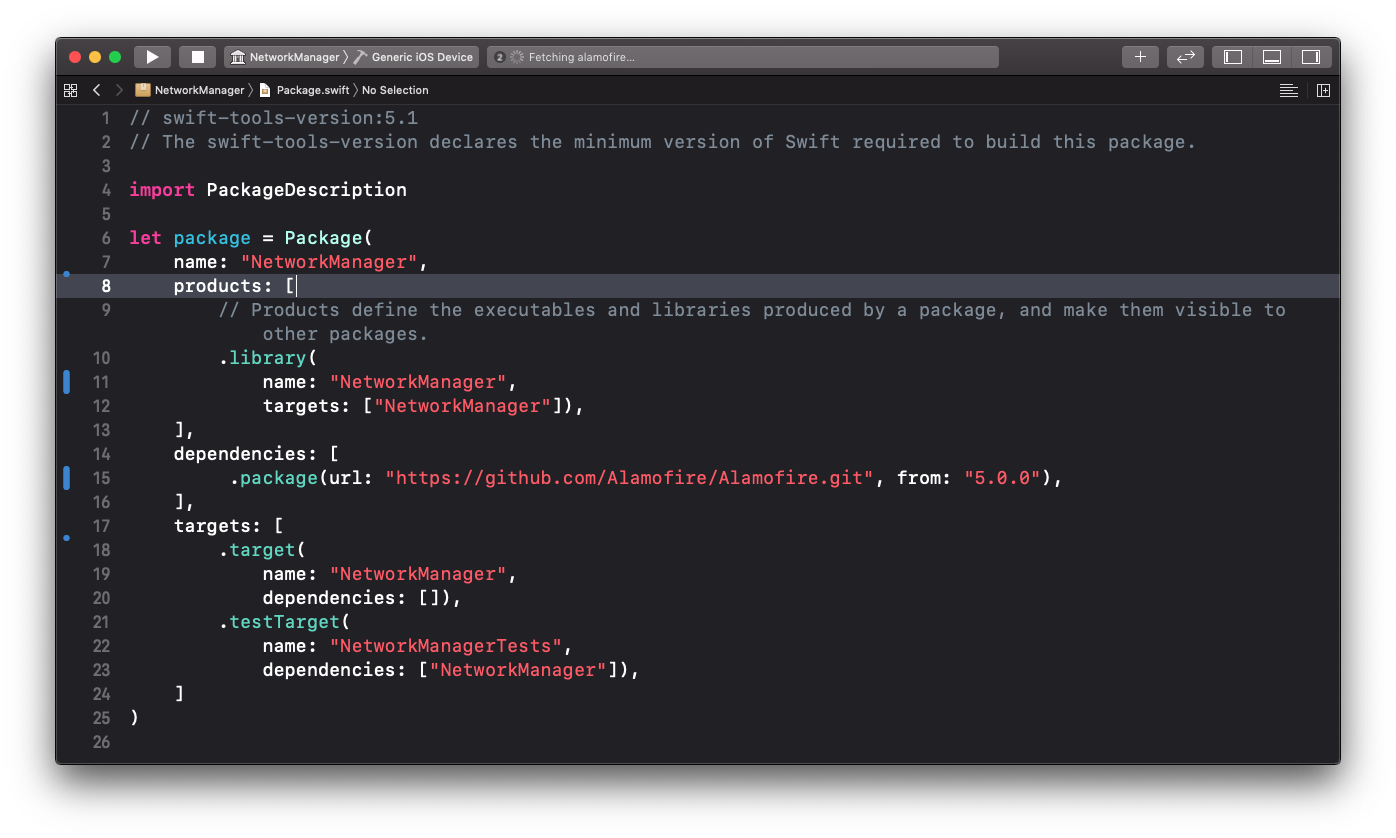 The swift-tools-version declares the minimum version of Swift required to build this package.

Add Code to the Swift Package

You can add a source file to a package by dragging it into the Project navigator or by using the File > Add Files to [PackageName] menu. 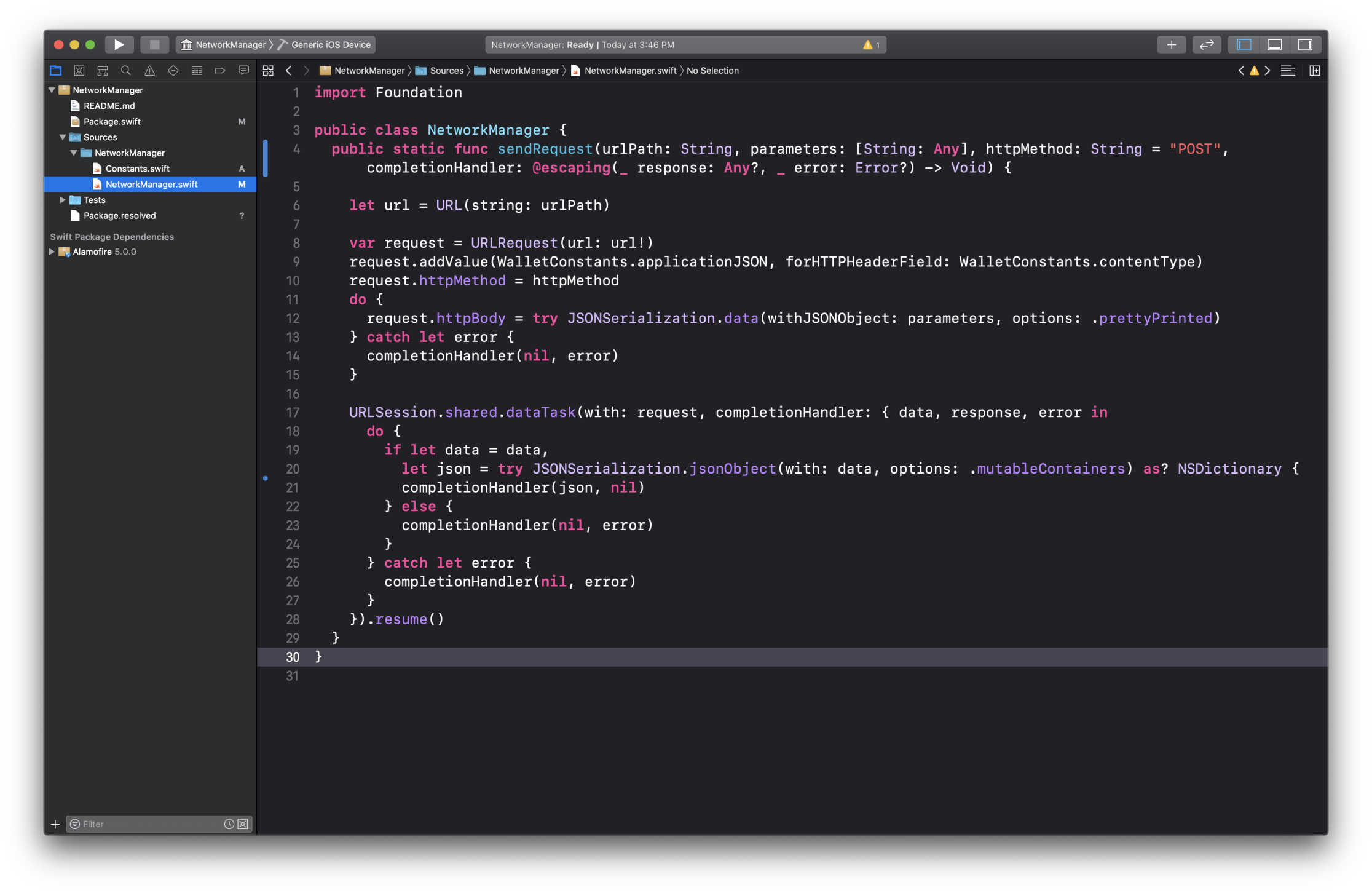 Besides facilitating the creation of packages, one of the Swift Package Manager’s core use cases is enabling remote dependencies — such as third party libraries — to be added to a project. Any package that can be fetched through Git can be added simply by specifying its URL, as well as the version constraint that we wish to apply to it:

Thanks for reading this tutorial and in the next part, you will learn more about how to publish the Swift Package Manager with Xcode and how to add package dependency in the project.