Publish and Deploy Angular and .NET Core Applications as a S…

Publish and Deploy Angular and .NET Core Applications as a S…


In this post I will talk about the basics of publishing and deploying Angular and .Net Core Web applications as a single Unit.

Lets see how can we publish and deploy this application.

We can break-down the process in two steps as follows:

Building and Publishing the Applications 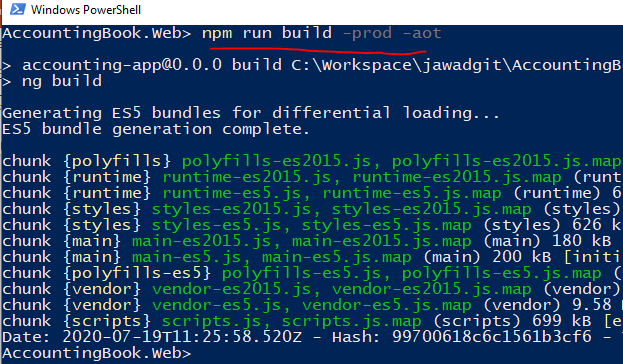 Microsoft has great resources available to describe a step by step approach. However, for quick reference, I’ll show you how to do this step which requires running following power-shell command.

Command will create a publish folder in your project’s bin directory as follows:

Now this folder is the output we can take and deploy. I am going to copy it on a different location and rename the folder to AccountingApp as well.

There are many different ways you can deploy the database. However, in my case, the application is using Entity Framework migration strategy and if needed we can simply run those migrations against a target database or can also generate script to be deployed in another way.

Deploying and Running the Application

So, we have a self-contained deployment folder for our web-application. The simplest thing we can do is to run it with Kestrel. Kestrel is a cross-platform web server for ASP.NET Core and it is included by default in ASP.NET Core project templates.

I have copied the publish folder to a different location and renamed it to AccountingApp as follows:

Now open a PowerShelld prompt inside this folder and execute following command to run the web application using Kestrel:

Now browse to this URL using a web browser and we have our published web-app shows up: 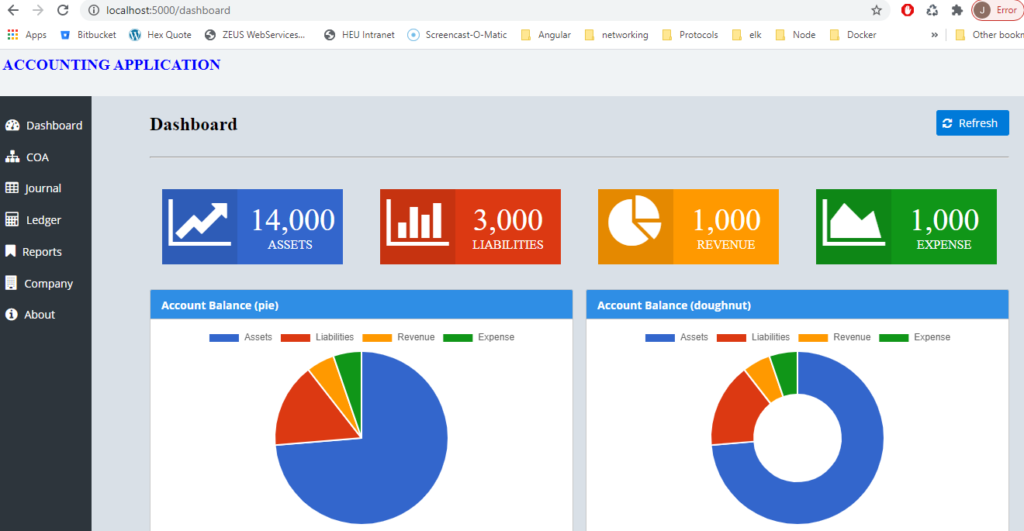 The use of reverse proxy can help in many ways. For example, it can limit the exposed public surface area of the apps that it hosts. Also, it can provide an additional layer of configuration and defense and might integrate better with existing infrastructure. There are many other benefits you can look at Microsoft website and in the following section how can be use IIS to deploy our published web application.

Based on your OS, you might need to enable IIS feature as shown below. Microsoft has great information about this process in details. 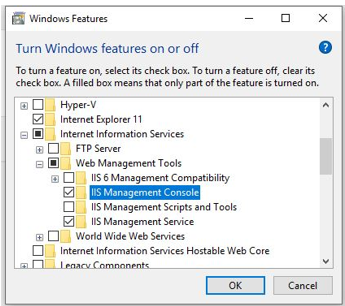 You will need to install Hosting Bundle which is needed to host .NET Core Applications under IIS. You can download that from Microsoft website.

Once the feature is installed, you can run it from the Start menu as shown below: 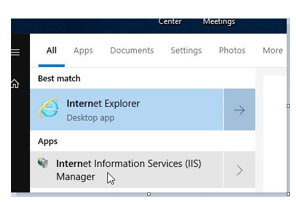 The IIS Screen will show up with a default website.

Right-click on Sites-node in the left section and add a new website as follows: 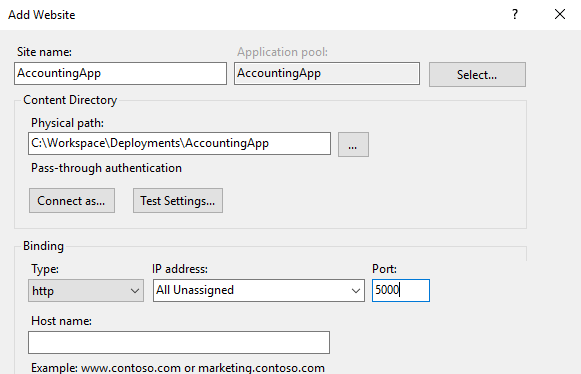 For physical path value, I select the same folder where copied the published output earlier. So location is same, we are just delegating its management to IIS.

Creating a website in IIS also created an application pool and we just need to set it as follows: 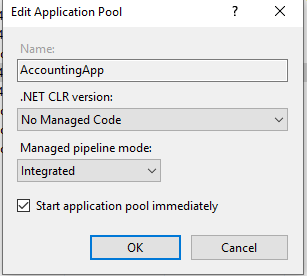 You might need to adjust security permissions as follows for the AccountingApp folder. 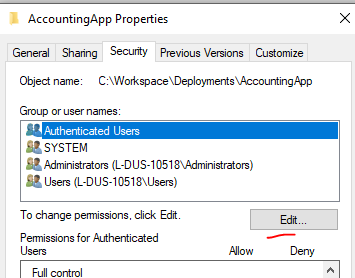 Add a new user as follows: 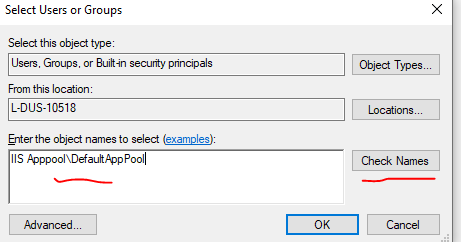 With all this in place, open up the browser and access the application and you will see a familiar dashboard but this time application is being served by IIS.

Deploying .Net Core web applications is not that difficult. I have shown you two very common ways to delivery your application. Similar approach is used if you want to deploy to cloud services or you can take one step further and deliver it via docker containers.

You can use any .NET core based application for deployment purposes and if you want to know more details about above shown application, you can check its link in the references section.