The story ages to the time of dinosaurs. The gigantic reptiles that flourish on Earth millions of years ago. After completing their time, they extinct. As Justin Timberlake said, “what goes around, Comes back around”. The same happens to dinosaurs, in this digital age they return with a slang name DENO. Again a bad analogy to start with, please pardon me with this. 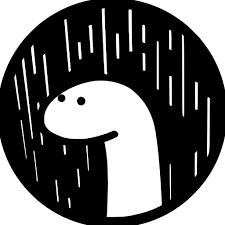 So according to, deno.land,  Deno is a simple, modern, and secure runtime for JavaScript and TypeScript that uses V8 and is built in Rust, and Tokio. Sounding like Node it is made by the developer, Ryan Dahl, of its anagram. As a first time user for deno, it felt like a node in a new package there is a substantial difference between the two on which we will be coming in the latter part.

Deno aims to be a productive and secure scripting environment for the modern programmer.  Deno is a great replacement for utility scripts that may have been historically written with bash or python. Let’s check out some features of deno.

As Deno is designed by Ryan, a node company developer, Therefore it becomes intuitive to compare it with node. Here are a few points that  I felt while working with deno after coding in node:

Though Deno is designed to overcome the architectural flaws of node js. It still has a long path to complete before being adopted. Some of them I found while code is:

Deno is a very promising server-side Javascript language. While comparing with Node Deno should always be taken as an option/alternative and not as a replacement of Node. Refer to this article, Deno JS – CRUD and MySQL Connection, to get started with CRUD and MySQL connection using Deno.