In this article, I would like to introduce the concept of socket and focus on how to use socket programming for consists of 2 separate Android devices connecting each other.

Let’s first take a look at the concept of “socket”.

When we say socket, a piece of hardware comes alive in our computer cases. However, the socket is a structure that enables the computer to communicate with other computers over the network. But we need some addresses to make this happen. That address is calling as the IP address of our computer.

As giving an example,

I will show consists of taking the numbers that the client transmits to the server by squaring the server and transmitting it to the client again. Well, if you ask what is Client and Server, let’s explain these two terms as follows;

The client is a processor that requests service in socket programs. When it wants, it connects to the server and makes the request and gets the returning answer and can disconnect it whenever it wants.

Server, on the other hand, is the server serving in socket programs. When the client wants to connect to the server, the server is always on to connect, and the client needs to monitor the port to which it will connect.

We briefly explained the Socket, now we can proceed to Socket Programming section

I believe the best way of learning new techniques or concepts based on way to step by step tutorial. In that article, you need to have Java and Android programming basics.

So I will explain specific details and you can reach the repository and the source code of the app in my GitHub account in the below article.

Now, I aim to go through how to connect two android devices using socket communication, and later in the second part, we will see how to share files/data between two devices and make an application like Xender.

If you wonder Xender App, you can check it on that link ( http://web.xender.com/  )

I will present an example of an application. The application consists of taking 2 Android devices to connect. 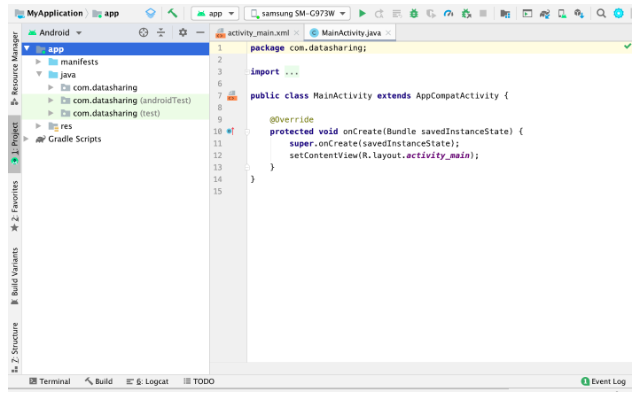 There are user guides on how to use it and 2 dummy buttons. 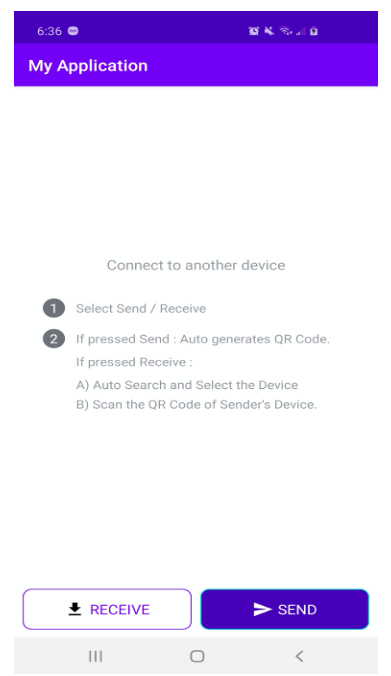 4) Here we have the permission confirmation screen 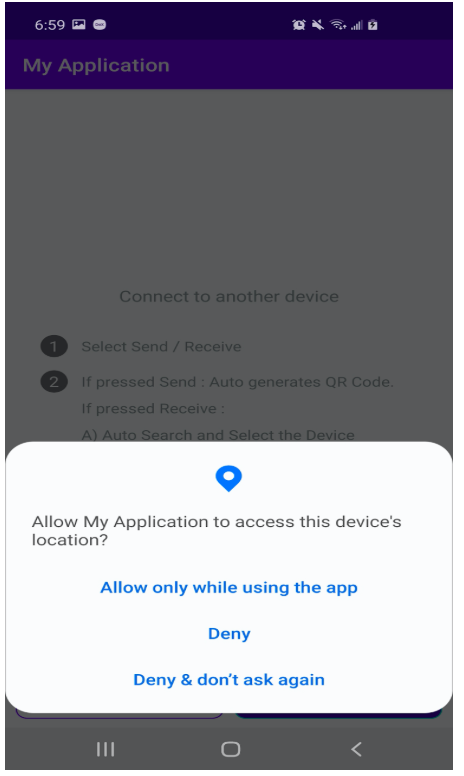 5) After the user clicks on the send button we will create a local hotspot and shows the password in QR code, so a user can scan to connect to another device.

a) Below Oreo, devices need to create a hotspot using WifiConfiguration as below

6) Now you can put SSID and Password in the JSON object and then generate QR code using string. One hotspot is active listen to incoming connection request on a fixed port using socket server like below

To generate a QR code QRGenerator library has been used and it is generated as shown below.

Here is the result of a “server” device. And it is ready to connection 🙂 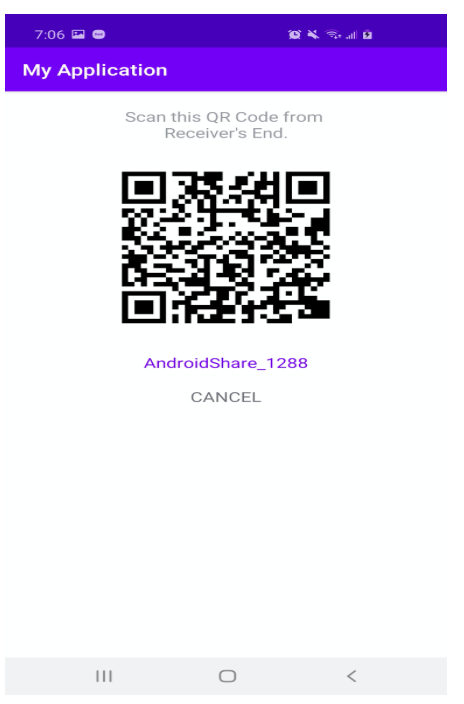 To scan the QR code we need Camera permission, Location Permission and Wi-Fi should be on to scan nearby devices 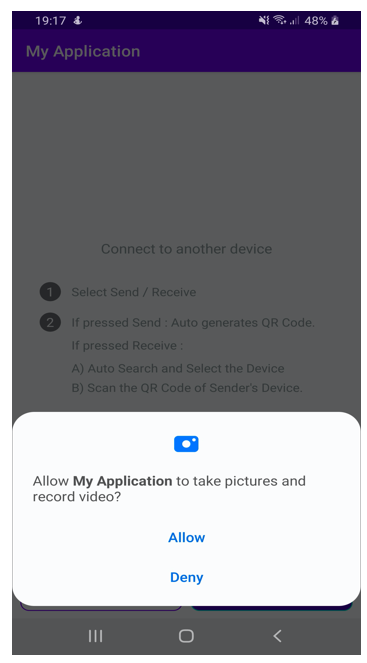 8) After permission, it will start scanning the devices using WifiManager getScanResults() method

Pulsator4droid is used to show pulse effects while scanning. Use mWifiManager.startScan() to start scanning and mWifiManager.getScanResults() will give a list of nearby devices in callback once scanning is done.

At below screenshot, is searching for new devices. 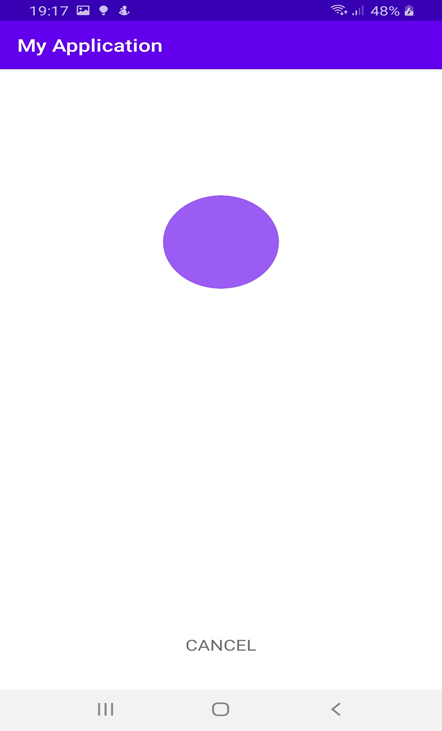 9) Once the device is detected it will show the device name as shown below. Tap on the device to connect and it will open the QR scan screen, add network using SSID and Password then connect to the socket using connected server IP and fixed port. 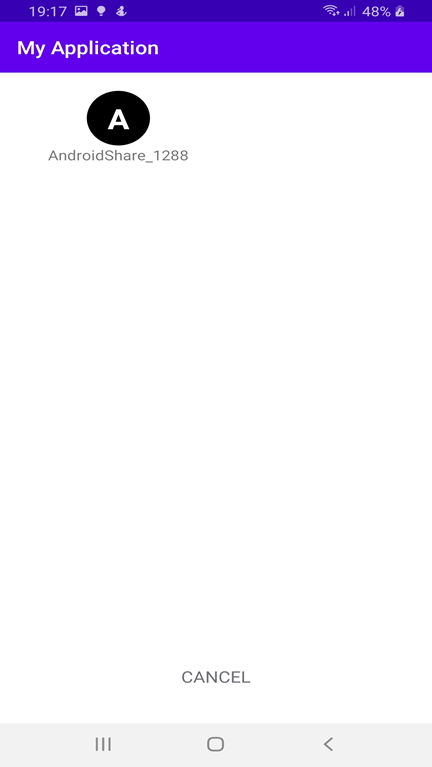 Once a device is connected to a hotspot, connect to a socket to send data to another device 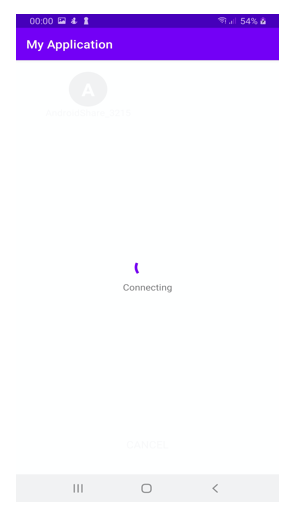 Now we connected to the device 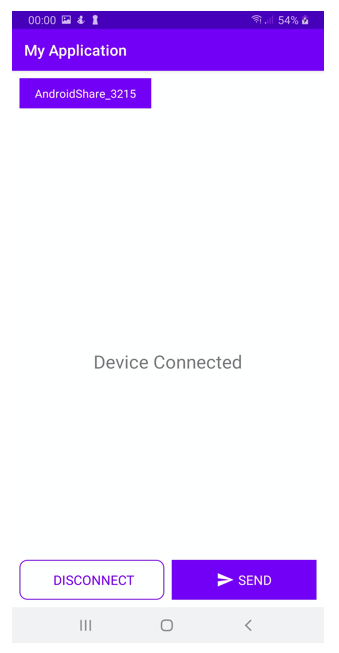 As a result of steps, we see how to do consists of taking 2 Android devices to connect together.

Next article I would like to show how to send data between two devices.