I’ve recently talked about a testing framework called Cypress. In this article I will talk about another one: a pretty simple testing framework for REST API Automation called Karate. In order to best describe it, here’s a pretty descriptive excerpt from the official source:

Karate Framework is the only open-source tool to combine API test-automation, mocks and performance-testing into a single, unified framework. The BDD syntax popularized by Cucumber is language-neutral, and easy for even non-programmers. Besides powerful JSON & XML assertions, you can run tests in parallel for speed – which is critical for HTTP API testing.

Cucumber: + we must implement steps and POJO:

Advantage of Karate: BDD in one place (compared with Cucumber + steps + business logic + POJOs). If you need complexity Karate has Javascript support for this.

For pre-conditions use, Karate proposes to use another feature files:

Since Karate is written in Java, it has Java integration.

Another advantage of using Karate is its assertion capabilities:

Schema validation. User friendly formating of response validation. Reusing json as a variable. Karate markers. DDT. Similar to Cucumber, but compared to Cucumber, where variables are static in the table, in Karate we can import a csv file with data. Can be user e.x. in boundary testing of api endpoint.

Parallel execution. Running with Junit5. In the example we run all tests/feature files with tag @regression.

Reporting. Allure, Cucumber report. From the box Karate propose the report like next one: 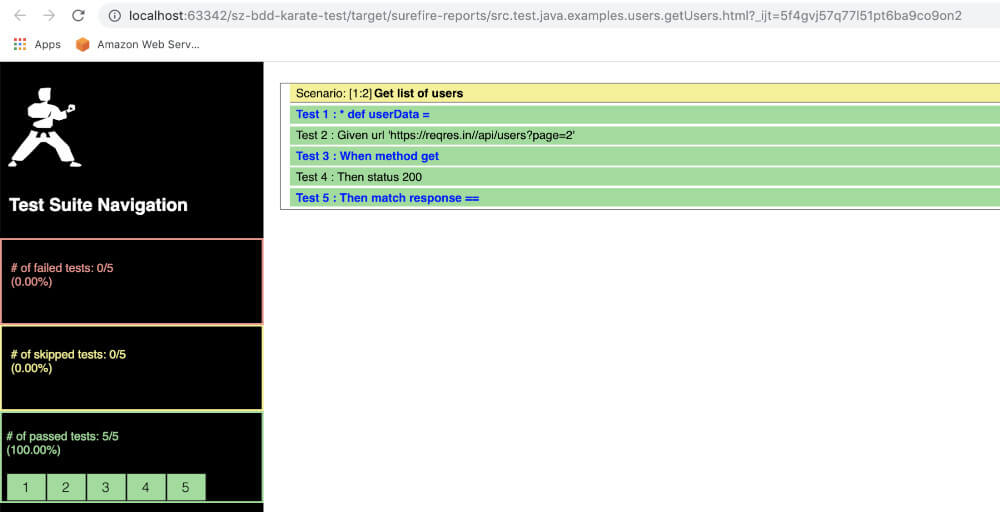 But also we can easily integrate Cucumber report or also Allure.

In the case of Cucumber Report we can obtain something like: 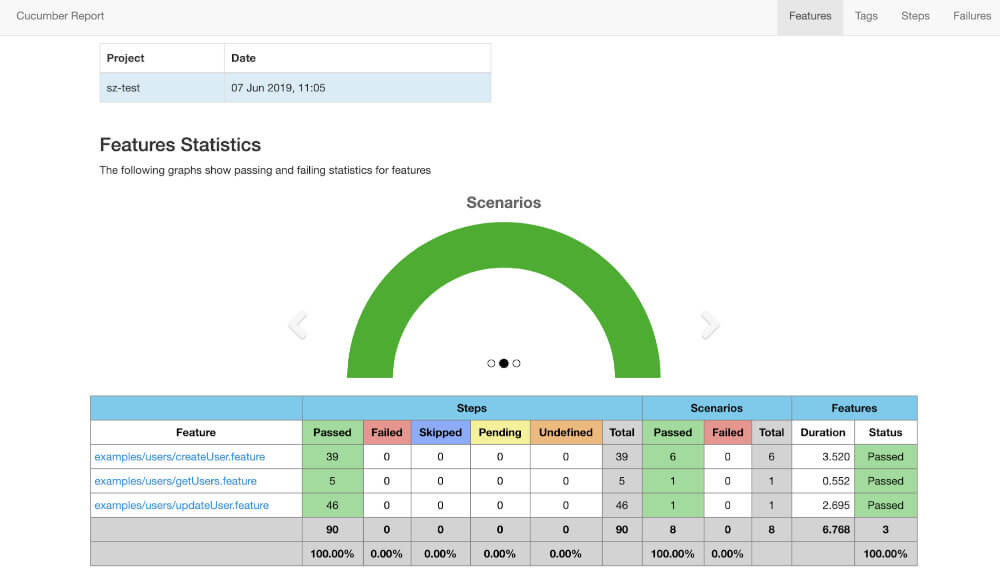