In this guide, we are going to see how to take a front-end Angular app, a backend API written in Rust and compiled to Web Assembly, and deploy everything to a Serverless environment on the new Azure Static Web Apps service.

While the UI is written with Angular. The interesting part about this app is that the generator, the core part of the backend API, is entirely written in Rust, and then compiled to Web Assembly (or WASM for short). The public API is exposed behind a Node.js façade through a serverless Azure Function.

What Are We Creating?

We are going to build a Cat names generator app. I love cats, I bet you do too. This app allows you to discover unique cat names for your loved pet.

Try the app live at https://catsify.app.

Our app structure is the following (showing only the important parts):

We will next describe the role of each stack: Rust/WASM, Node.js. Angular; and then explain how each part is built and deployed.

How Are We Creating It?

Our public backend API is a Node.js Azure Function that acts as a Façade.

In the ./api/func/index.ts file, we simply import and invoke “a” generate() function (see next section), get and send back the result to the client.

Here is a simplified version of the code:

However, in the ./api/func/wasm_loader.ts file, this is where the magic happens, we actually load the WASM module compiled from Rust (see the Rust story), invokes the generate_name_str function, passing in a seed argument, and decode the resulted string output.

Here is a simplified version of the code:

The Core API: The Rust Code

This is NOT a deep dive guide into Rust code or WASM. You can learn about Rust and WASM on the official Rust website.

As I mentioned earlier, the main part of the backend API is the names generator which is written in Rust.

Without going into many details, we basically use two Rust vectors to store the nouns and adjectives of the cats, then we construct a string by choosing a random value from each vector. The generate_name_str function is exported from Rust to JavaScript using the #[wasm_bindgen] outer attribute. This will enable us to call this function from the JavaScript code, and pass in the seed argument.

The UI: The Angular Code

The Angular app was generated with Angular CLI version 10.0.0-next.4. A classic setup!

How Are We Building It?

Our Node.js Azure Function Node.js code is written in TypeScript, hence we are using tsc to transpile into JavaScript and output the result in the ./dist/func folder.

For the Rust code, in order to compile it and generate the WASM module, we use the [wasm-pack](https://github.com/rustwasm/wasm-pack):

And the following configuration in api/Cargo.toml:

Note: wasm-pack generates a Node.js wrapper that loads the WASM module. Since we wrote our own loader, we are only interested in the *.wasm file. We will then need to copy the WASM file to the ./api/dist/func:

Building the Angular app is straightforward. The Angular CLI takes care of everything:

This command will generate the app bundle under ./app/dist/ui.

Now that we have created a front-end Angular app, and a backend serverless API, what’s the easiest to static serverless app on Azure? 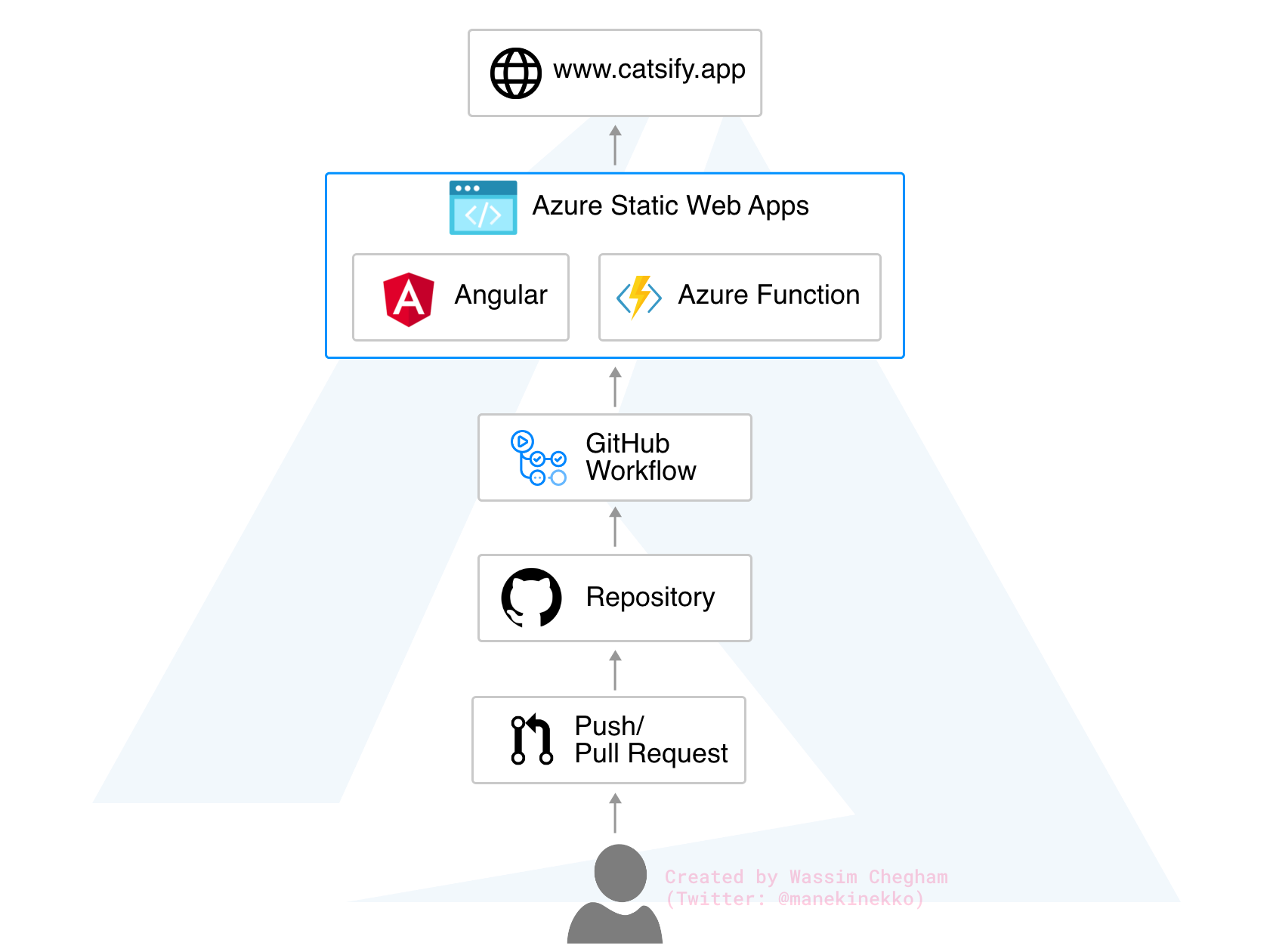 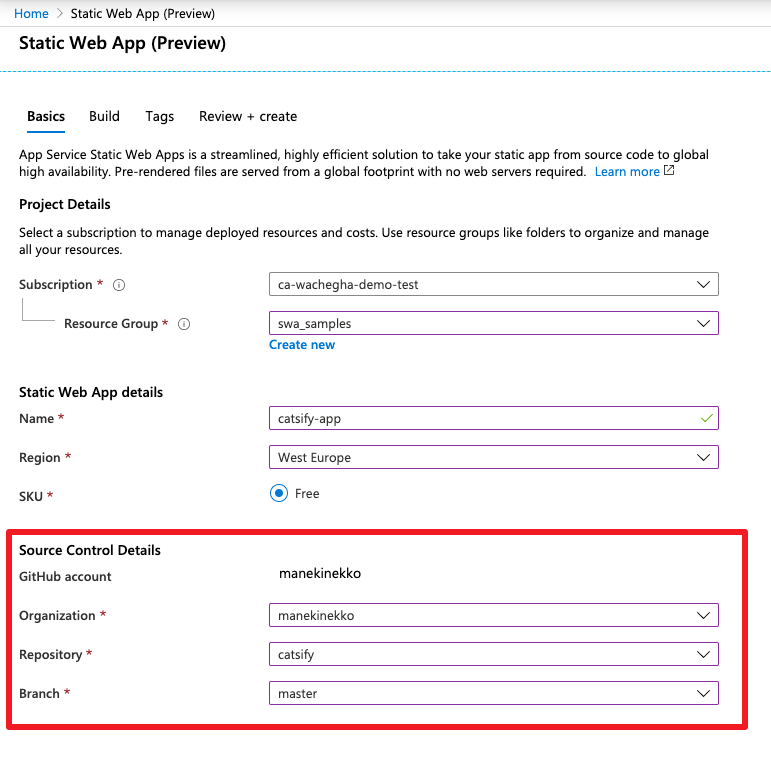 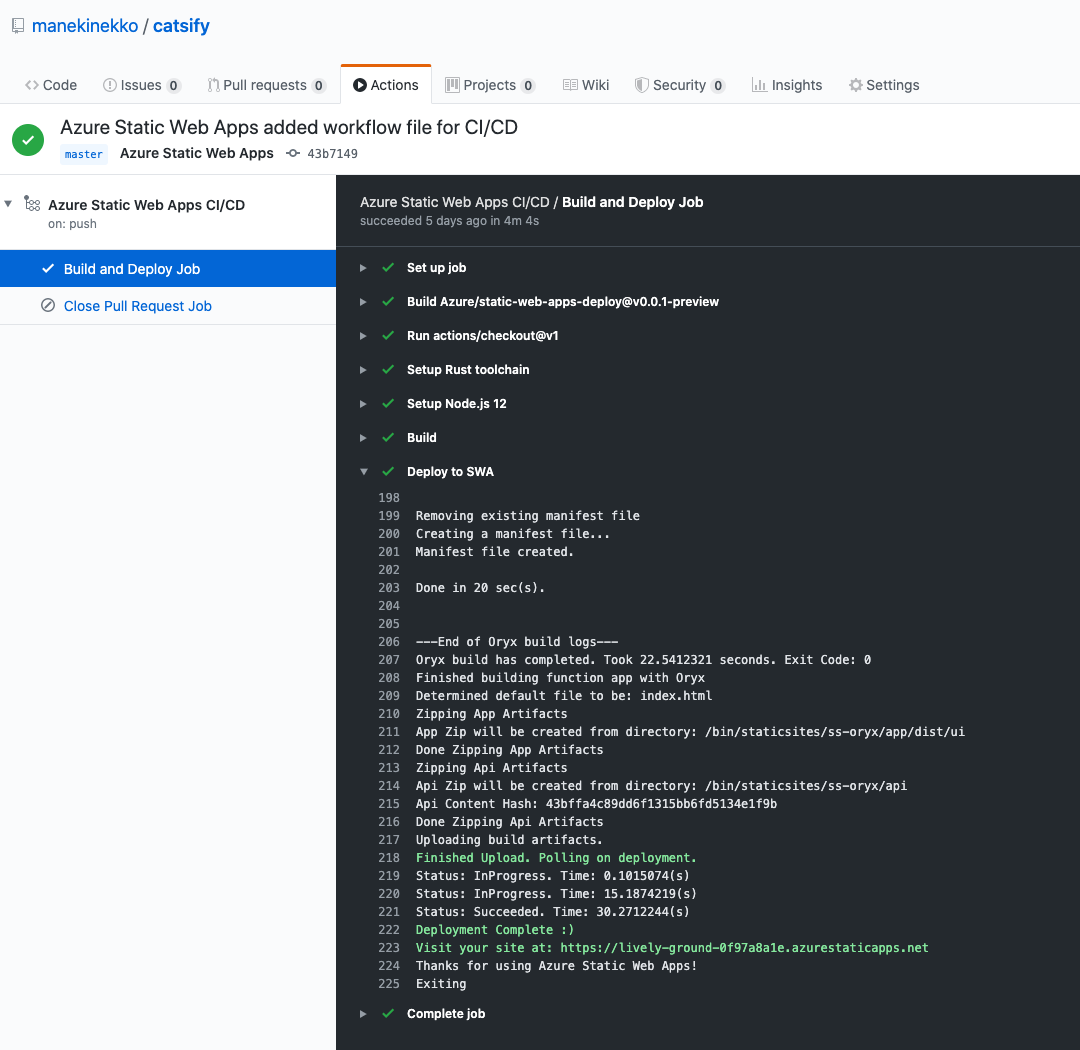