Whether it’s making your application mobile responsive or getting something to align just right, if you’ve ever worked on a UI, you probably understand the frustrations that come with CSS:

To get past whatever issues you may have experienced, you might have turned to a framework, like Bootstrap, looked to CSS Grid, or, if you’re old-school, stuck with floats. All of these options have their benefits, but, like everything in development, have some negatives. Using a framework means you have to live with importing the entirety of it into your project. CSS Grid can feel a little clunky at times, especially if you’re new to it. Floats are nice but often aren’t as expressive as they ideally could be.

This is where Flexbox comes in. To me, Flexbox sits in-between CSS Grid and floats. It offers users the flexibility and (close to the same) control that a grid would with the ease-of-use of floats when working to control how elements are arranged in a container.

You may also like:
CSS Tricks That Will Make Your Work Easier.

To start, let’s get a high-level understanding of how Flexbox works. Flexbox works off of horizontal and vertical axes (referred to as “row” and “column” respectively). Users can define which is the “main” axis and which is the “cross” axis. The main axis will determine how child elements will be aligned in the container.

For example, let’s say I have a container that holds three dummy elements, “foo”, “bar”, adn “merp”. If I were to set the main axis as “row” (horizontal), then the elements would be arranged horizontally next to one another like this (excuse the crap styling):

If the main axis were set to column (vertical), then elements would be arranged on top of one another like this: 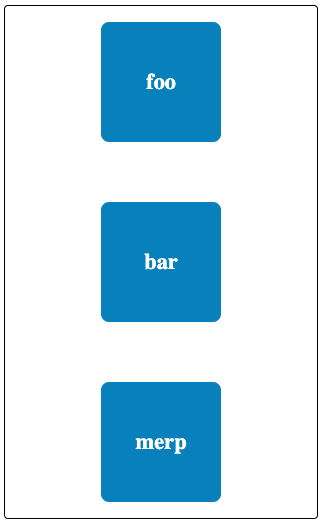 You can set the main axis of your container

We can also reverse the flow of elements along an axis, so that “merp” becomes our first element and “foo” our third like this for a horizontal alignment:

and this for a vertical alignment: 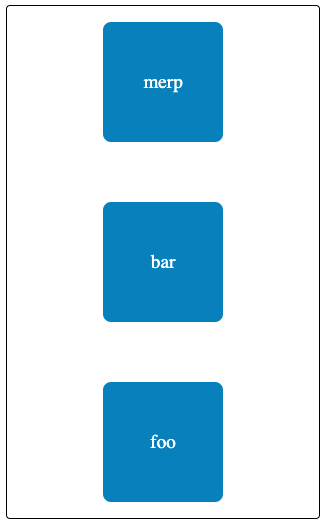 What About the Code?

To make an element a Flexbox, you need to set its display value to flex, like so:

To manipulate your container’s main axis, all you need to do is set the value of flex-direction to:

So, creating a container that has column as its main axis would look something like:

Note: Flex-direction defaults to row if a value isn’t specified.

Moving items around in a Flexbox is pretty simple (and a big reason for why I love using the tool so much). There are four main properties that control spacing within a Flexbox:

Justify-content takes the following values as input (all examples are centered across their cross axis):

Note: All of these examples have row as the main axis, but the same principles will apply to a container where column (or reverse) is the main axis.

Align-content takes the following values as input (again, all examples are centered across their main axis):

Note: I won’t go over align-self, as I have with the previous examples. Just know that you can assign it to a child element inside of a flex-container and that value will overwrite any previously assigned align property.

The last property that we’re going to touch in this part is flex-wrap. This just gives you the ability to control how a container deals with overflows of elements. The values that the property takes are:

Note: If you want to save a whole line of CSS (“oohs” and “ahhhhs” all around), you can use the flex-flow property to specify flex-direction and flex-wrap. similarly to how you would specify that you want top and bottom and right and left margin, border, or padding to be the same. For example, if you wanted to have a container that had a vertical main axis and that wrapped in reverse, you could write:

That finishes up this introductory tutorial to Flexbox in CSS. In later parts of this series, we’ll be going over some more complicated topics and putting what we’ve learned into practice to build a basic layout for a site.