10 Reasons Why Every Developer Should Learn Python in 2020

10 Reasons Why Every Developer Should Learn Python in 2020 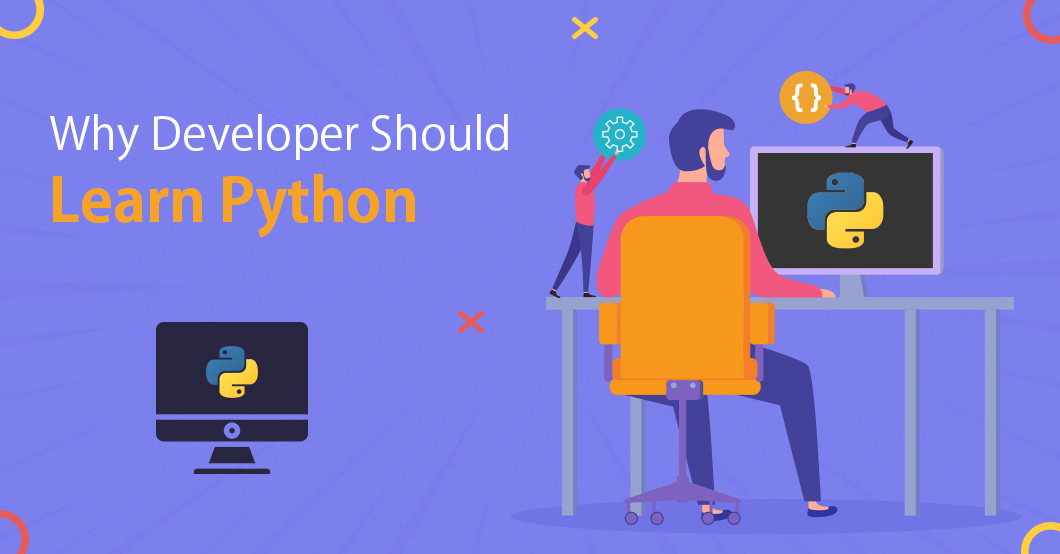 There are only a few programming languages of the world that offer multiple functionalities.

In today’s world, where developers have to build various types of applications, learning a language that is multi-functional is definitely helpful.

Python is definitely one such language that can be considered a general-purpose programming language that would let the developer build various types of applications.

You may also enjoy: My Journey With Python (Part I)

Reasons To Learn Python In 2020

Python is considered to be amongst the preferred languages of the web developers. Consequently, learning this language would work in your favor as a developer.

With Python, we also have a great benefit from having useful libraries. These libraries would help in storing modules or routines which are used on a regular basis by programs.

Some examples of useful Python libraries are JSON, HTML and XML, beautifulSoup, Feedparser, Email processing, request, and so on. Python also has some amazing frameworks which have files and folders where we find the blocks with ready-to-use codes.

With the advent of the web, innovative ways of using it have been developed. From which this is one of the most useful ways.

In today’s world where data is considered to be of paramount importance, organizations use data science so that they can add value to different aspects of operations.

Python is used by the developers for data exploration, data analysis, and data visualization. It is preferred by data scientists because of the kind of ease of use it provides, and the coding is simpler in comparison to other difficult to learn programming languages.

There are certain libraries that help in data exploration as well as analysis such as SciPy, Pandas, NumPy and some more.

For data visualization, we have some great helpful libraries named Matplotlib, Datashader Seaborn, Basemap, Cartopy, Ridge Map, Geoplot, holoviews, DeCiDa and so on.

In the former one, the language used is closer to the human language whereas, in the latter one, it is near to machine language.

It is obvious that the language that is close to human language is easier to understand. On top of that, the codes in Python are short.

As they render readability, they are easy to form. When other programming languages are extremely difficult to code, this is definitely a contributing factor to the increasing popularity of this language.

This language is growing. One of the important reasons behind this development is eased it provides when one learns it. Python is not a very complicated language. As a result, learning becomes easier in comparison to other languages. For learning any programming language there are two components that are of utmost importance: codes and syntax.

It is so simplified that it is now the most popular introductory teaching language at top universities in the US.

Remember the sci-fi movies we used to watch and get awestruck by those machines which used to work which was not possible to do for us humans!!

Now, these fictional stories are going to convert into reality soon. In fact, some have already been converted.

For making AI and MI work, we need to learn the machines first. Machine Learning would help us in observing and providing meticulous results of humongous data. To acquire, analyze and manipulate gathered data we need a programming language. Almost all developers use Python for this purpose.

There are some important benefits provided by Python which make it be the preferred choice of developers. Amongst them are stability and ease of use.

Python is helpful in the development of codes and processes. It aids in the execution of the created routines and finally assists in maintenance.

Because of the credibility and readability this language provides, it has become the primary choice of the developers.

Python is considered to be one of the most flexible programming languages. It is called so for not only one but two reasons.

Integration With Other Programming Languages

Python is able to combine the different large components or blocks of other languages and make one whole.

With the help of Python, applications can be programmed in a better manner because it makes it possible for various types of programmers to work together on one single project.

Let’s take an example. If we plan to build a data science application, C/C++ developers can work on and execute numerical algorithms whereas data scientists who are working on the same project will be able to code Python programs that would first test and use the algorithms developed. This is how the integration works.

Python is a cross-platform programming language. This means that Python applications can seamlessly work on various Operating Systems such as Windows, Linux/Unix, Mac and so on.

A Python program that is developed in Windows can work in Mac or Linux/Unix systems and the other way round. This is one of the greatest advantages of Python.

This feature saves extra costs involved in purchasing and learning a new Operating system. Hence, this is a highly laudable trait of this language.

Python can be called a general purpose programming language as its functions are multi-directional. There are various fields and aspects in which it becomes helpful.

Apart from the ones already mentioned data science, web solutions and artificial and machine intelligence, there are some more too, which are listed below:

We are able to create Desktop Graphical User Interface Applications using Python. There are some amazing GUI frameworks available if one wants to create GUI applications.

They are PyQT, Tkinter, PyGUI, WxPython, Kivy and many more. Kivy is preferred for building multi-touch applications.

Using Python, you can make related applications which would help in the overall business. Some examples of the same would be ERP and e-commerce systems.

Even applications that can be used intra-organization can also be developed using our favorite language. We can take Picalo, Odoo, and Tryton as examples.

With the help of Python development, you can create applications that use 3D graphics. This would surely lead to building applications of gaming.

There are some useful frameworks like PyKyra and PyGame. They are two frameworks that help in developing games. We also get some 3D rendering libraries.

Computer-Aided Design is gaining a lot of popularity as it helps us visualize in a better manner.

However, creating the application of the same is a big pain for the developers as objects and their usefulness have to be represented well.

Their life is made easy by our own Python. Fandango is one such example of this type.

Using Python, you can create applications that are able to interact with multi-media like audio and video.

We have some great examples of the application which have been developed using Python-like Cplay and  TimPlayer.

So, Python is truly a versatile player. This has to be the most motivational reason behind learning it.

Let’s first understand what they are and what the difference between them is.

Applications are made of numerous codes. If the applications are huge, they would require lots of coding. There are certain components that are commonly used to build a website.

Web frameworks have files and folders with coding which is ready-to-use. This would help in making programming hassle-free.

As mentioned earlier, Python has been used for more than 25 years and there are more than 8 million users of Python across the globe.

As a result, we find a lot of support provided by the community members. They help in different ways which are mentioned below:

Even the most seasoned developers sometimes require suggestions. Community members even consist of some of the best developers. They come to your aid when you get stuck at a point in your development.

Knowledge of the Bugs

There are discussions taking place with regard to the kinds of bugs found in libraries or frameworks. They are then escalated as well. We get knowledge about what is lacking.

Learning for the Newcomers

The novice gets to learn a lot as there are many experienced developers who are community members. This is how the community helps the developers.

Python is an open-source programming language. Hence, it is available freely. We can use the allocated budget elsewhere where we feel it be appropriate. Or else we can save the project overhead because of this.

In fact, most of the frameworks and libraries are also open-source. So, this helps not only the developers but even the organizations to a great extent.

In big organizations, huge budgets are allocated for acquiring licenses for programming languages. That budget can be straight away used in other purposes.

Lastly, Python is proving to be a great career choice as a lot of development jobs are prevailing in the market and it offers a handsome salary. So, it would be a wise choice to learn it in the new decade.

Here, we have provided you with a list of reasons for which you should learn Python in 2020.

We hope you had a great time reading this article and it proves to be of great help.

If you still have any questions or suggestions related to the blog, feel free to mention them in our comment section.