How to Speed Up Your Design Process Using Modern CSS Framewo…

How to Speed Up Your Design Process Using Modern CSS Framewo…


Websites have come a long way from the way they looked during their early years. The first ones had an archaic appearance that most internet users would not recognize today. Thanks to innovations in web design, websites now do more than just display information. They have fun animations, varied layouts, and elements that encourage interactions. Most of these are made possible by CSS.

In a nutshell, CSS breathes life to otherwise bland webpages. It is what makes websites not only attractive but engaging, too. There are many CSS Tricks that you can use for your website. It may be one of the reasons CSS is used for 95.8% of all websites.

Just this year, seven CSS trends are making huge waves. For instance, while Flexbox is used for 83% of all page loads on Google Chrome by the end of last year, a new competitor called Grid is slowly gaining popularity. Other trends include CSS Writing-Mode, Mobile Animations, Single Page Websites, Variable Fonts, and Scroll Snapping.

In this article, though, we’re going to focus on CSS Frameworks. It’s a little surprising that they have only started to get popular in the past few years when they have been around for much longer now. However, more developers are now recognizing their significance.

You may also like:
BuddyCSS: A New CSS Framework for People Who Love Making Websites.

CSS Framework – What Is it and What Are the Benefits of Using One? 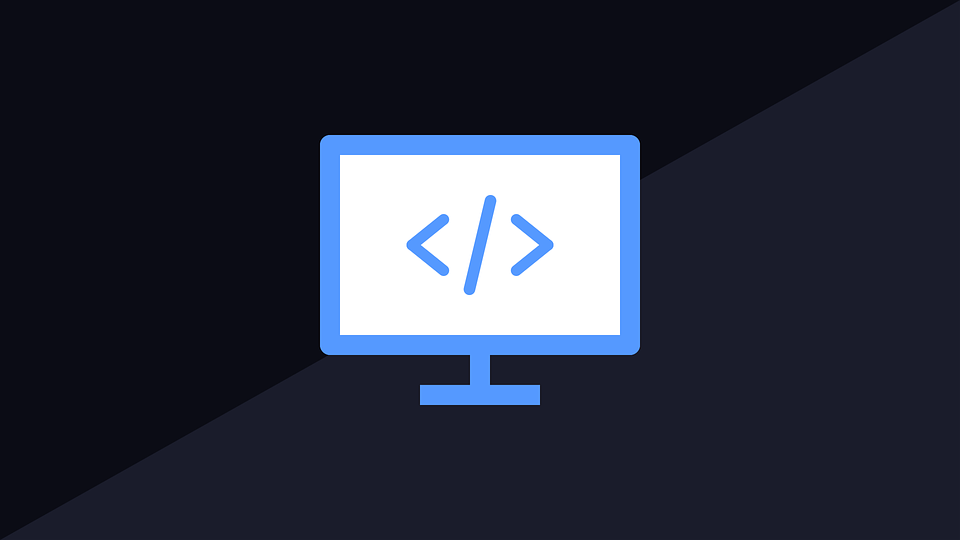 We define CSS as a design language that provides an effective appearance that is used to format and describe the look of a document written in markups. There are many advantages to designing through CSS.  It can be applied with any kind of XML, including XUL and SVG. A CSS framework is like a ready-made package with files that can serve as the structural foundation of a website.

There are many benefits of using a framework. Here are some of them: 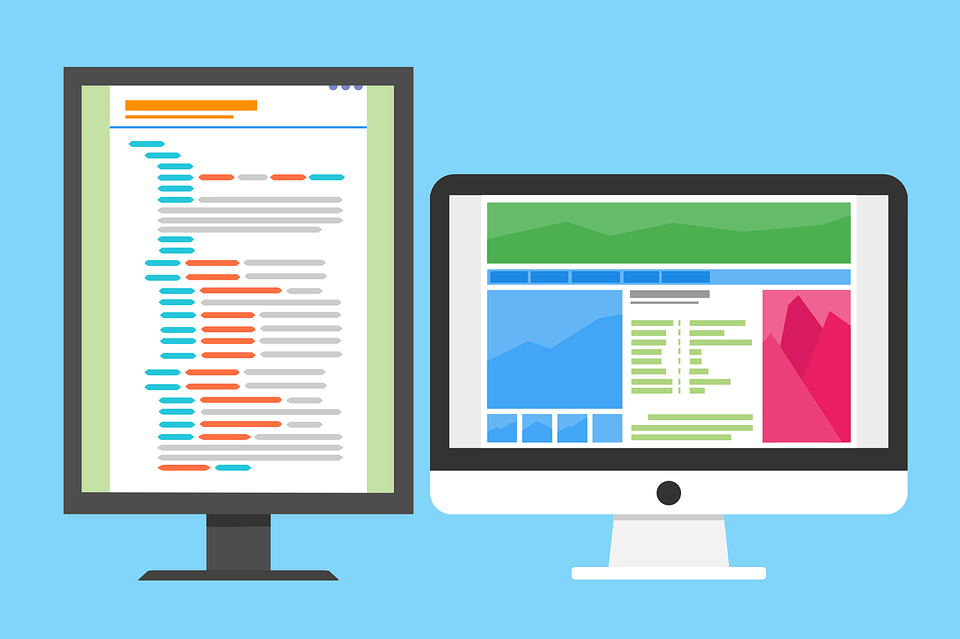 Bootstrap, which was called Twitter Blueprint during its early days, is one of the most well-known front-end frameworks. It was created as a tool to be used by internal teams. Upon its public release, however, its adoption has incredibly grown.

Skeleton describes itself as a “simple, responsive boilerplate.” It is more appropriate for smaller projects or for when the developer needs to create something light, given that this framework only has around 400 lines of code.

It’s also a good choice for those who are just starting with frontend frameworks because of its simple layouts. This, however, limits Skeleton, as it is lacking in CSS design templates and overall richness, which makes it unsuitable for bigger projects. It also has no pre-processors.

If what you are looking for is a fast and responsive frontend framework that will allow you to create production code and prototypes for all devices, then Foundation may be the right choice for you. Zurb is behind this popular framework which has a “barebone structure”. This simplistic approach, together with its starter templates, allows users to come up with prototypes quickly. It also has large support on GitHub with no less than 14,000 commits and more than 940 contributors.

UI Kit is known for having lightweight elements that are highly customizable. Its templates will allow you to build web interfaces with ease. Its installation package contains CSS, HTML, and JavaScript files, as well as packages for Sublime Text and Atom editors. It also offers over 30 modular components that can be mixed and matched for versatility. What this means is you won’t have to search for markups and class names over and over.

What sets UI Kit apart from other frameworks like Bootstrap and Foundation is that it doesn’t make use of a 12-column grid setup. Instead, its layout is broken down into three components, namely flex, grid, and width. Due to the lack of resources, this framework is more suitable for developers with a fair amount of experience.

Bulma is one of the most commonly used frameworks with support from over 150,000 developers. It is among the free open source Flexbox-based frameworks. Bulma is easy to use, even for beginner developers since this framework only makes use of the minimum requirements that would allow one to start developing a responsive website. A big community of Bulma users is available on GitHub for support.

This modern frontend CSS framework was created based on Google’s design specs. It comes with an easy to use IZ column grid that will work well for layouts. Its package also includes buttons, cards, forms, icons, and many other components that are ready to use.

You will also be able to use features like drag-out mobile menus, ripple effect animation, SASS mixins and more. Materialize also works on any type of device.

Although it is one of the newer frameworks, Semantic UI manages to stand out from its competitors in several ways. For one, its use of natural language for its code makes it a favorite among beginner developers. Its inheritance system comes with a superior theming variable, which means you have full liberty when it comes to design.

You won’t have to use other libraries when you use Semantic UI because it comes with a high number of third-party libraries. This makes the web development process even more convenient. With all its incredible offerings, it is not surprising that many developers, both beginner and seasoned, favor Semantic UI.

Tailwind CSS is different from other CSS frameworks because its package does not come with prebuilt UI components. This framework focuses more on utility. It comes with CSS classes that can greatly help you when you’re building a website. The priorities in this framework include color, sizing, and positioning. Tailwind is for developers who are not much into pre-designed components and wants complete freedom in customizing web design.

This framework is so lightweight that when compressed, its code is under 10KB. Picnic CSS also comes with grid layouts that are Flexbox-based and a lot of UI elements that you can use to get your web development project started. There are even modal windows and a navigation bar that’s beginner-friendly.

This open-source mobile UI framework can be used to develop high-performing apps for native Android and iOS, as well as the web without having to change codebase. It comes with intuitive UI components that help speed up the process of developing a website or an app.

Ionic offers superior native functionality and speed and works well with community and premier analytics, authentication, plugins, and other integrations.

This framework focuses on its mobile-first philosophy. Since Pure.css is modular, you can easily import only the element packages that you are going to use. You also get access to numerous layouts that are ready to download and install. Pure.css is known for its lightness. When compressed, this framework comes at only 3.8KB.

Is it possible to get a framework that is packed full of useful features but still lightweight? As it turns out, yes, because that is exactly what mini.css offers. It comes in at about 10KB when compressed but still offers a lot of layouts and  UI elements. If you want to learn how things work, you can easily look it up in the documentation that is included.

If your priority is to get a solid foundation for all your app and web development projects, then you should give this modular framework a shot. Base claims to be a “rock-solid” and responsive framework. Base is based on Normalize.css and offers basic, customizable styles. It’s used when you need something simple that works wonders.

Some developers prefer a utility-based framework that’s straightforward and uncomplicated. If you are the same, then you’ll be satisfied with Concise CSS. Its framework is for developers who want to “give up the bloat.” As the framework’s name implies, what they offer is compact and crisp, without the unnecessary additions. In case you’ll be needing UI elements, you can easily add them through a separate kit.

At 2.6KB when gzipped, Mobi.css is one of the tiniest frameworks that you can find. Its priority is speed, specifically for mobile, so if that’s what you are after, then try this framework. You shouldn’t underestimate Mobi.css, though, as there’s still room for expansion and growth with its system for built-in themes and plugins. If you need more than the basic styles that they offer, you can still build on top of it in a modular approach.

The toughest part of the app and web development may be getting things off the ground. CSS Frameworks offer a solution to that. They exist to deliver the foundation that you need to get your projects working so you can better focus on content and strategy and making sure that you have a responsive website design. You work on more important things and let your chosen framework handle all the extras. Hopefully, you’ll find the framework that suits your needs from the selection above.