Why Has Python Become a Popular Choice for Mobile App Develo…

Why Has Python Become a Popular Choice for Mobile App Develo…

You may also like: Top 6 Programming Languages for Mobile App Development 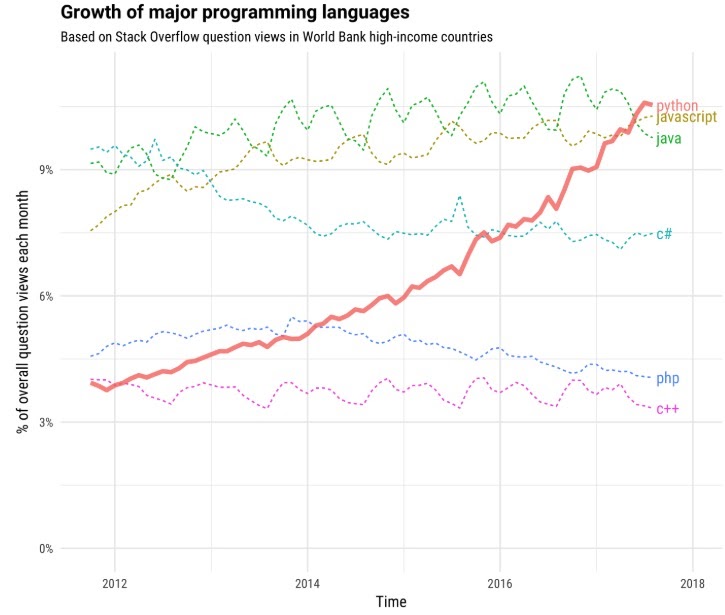 
Python was also the biggest gainer in the
Tiobe index
of the popularity of programming languages in the year 2018, rising by 3.62% points from January 2018 to January 2019, with a rating of approx. 8.2% for this month.

Let’s figure answer of all these questions through this blog.

Why Python Is a Leader in the Domain of Mobile App Development? 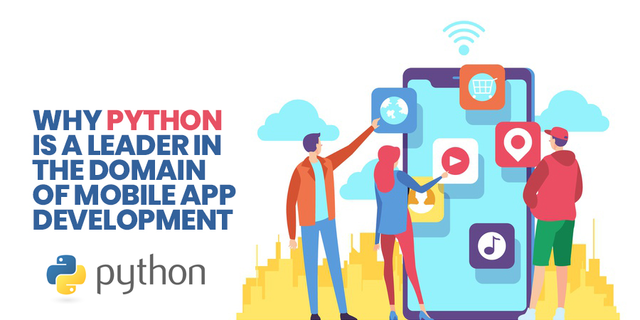 Python can be used for the development of APIs of mobile applications. The mobile app developers can create apps with this programming language as it is capable of running on several major operating systems.

In addition to this, the increase in the number of mobile phone users and the increase in demand for applications led to the use of this programming language to develop mobile applications. In recent years, Python has evolved to become a crucial option in the app development market.

Python can be used in a wide array of mobile application areas. Easy to understand, interact and easy to implement, Python programming language is an elegant language that allows you to code the same program with much fewer lines than PHP.

When you hire a software development company, you get professionals who have knowledge in a variety of frameworks with which they can provide the best custom mobile app development services at an affordable cost. Most people prefer Python due to its reliability and simplicity. It also helps you work faster and offers an excellent interactive environment for the developers.

Python is one of the most readable languages in the world right now. This language is very popular among developers and is widely used by many programmers in order to create mobile applications and programs. Particularly, if you compare Python with other languages, it is considered the simplest of all.

Since Python programming language runs on many major operating systems, it is used by a variety of programmers. Python can be used to create mobile applications for Android, iOS, and Windows. Let’s talk specifically about the use of Python in the world of mobile application development.

Most Demanded Frameworks for Python Preferred for Mobile App Development

With the help of a number of developments in recent years which vastly enhanced the outlook on using Python for writing codes for mobile apps. Let’s take a look at a few latest options for custom mobile app development using Python. There are mainly 2 frameworks I would like to call out specifically: the BeeWare project and Kivy.

Kivy, the open-source library of Python for creating GUI for mobile applications across various platforms. It allows the developers to create pure graphical Python applications that run on major platforms (Linux, Windows, macOS) as well as iOS and Android.

Kivy comes with a custom user interface toolkit that offers its own versions of text stickers, buttons, text entry forms, to name a few. All this means that the tools are not represented using the native user interface controls. This has its pros and cons:

On the one hand, this tool makes sure the applicability and consistency of your mobile application from one platform to another platform. But, on the other hand, it means that the Android mobile app will not sound or look like an Android mobile app.

Therefore, if you can work with a non-native UI toolkit in mobile apps, Kivy is a great choice for you. This tool allows you to create mobile applications using your skills of Python programming language without having to learn another platform language such as Apple Swift.

You can learn more about this tool from here

BeeWare is the second graphical user interface and the mobile app development framework. It offers you a set of useful tools and an abstract layer that you can be used easily to write original-looking desktop and mobile applications using the Python programming language.

With the BeeWare tool, the widgets that control your mobile application will be checkboxes, buttons, and form elements that are being provided by the base operating system. This means that you can create mobile applications that feel and look 100% original on each mobile (as well as desktop) platform.

One of the major drawbacks of using this tool is that the BeeWare project is still relatively new and is presently being led by Pythonista Russel Keith-Magee, a development leader. As with any other framework that has not yet had the opportunity to get matured for years, it means more work for you as a mobile app development company due to API changes (which may be frequent), lack of features and errors.

You can learn more about this tool from here.

Is Python An Excellent Programming Language For Mobile Game Apps?

Python is one of the most advanced programming languages these days. It is even used to create sophisticated mobile games. Python is a very advanced unit for building mobile applications. Even recently, there have been many discussions going on in which mobile app developers have realized that even advanced mobile phone games can be created using the Python programming language.

Being an open-source platform, Python app developers are free to adopt this without having to make any initial investment on it. The process of building mobile applications is pretty fast. Mobile application developers can easily build the latest multi-platform mobile phone games using this programming language.

This language is great for mobile phone games. The Python is excellent for graphics and animations, with the help of GPU acceleration, images that can be improved. If you want to create a mobile game for Android or iOS, Python should be one of your favorite options.

Use Cases of Python for App Development 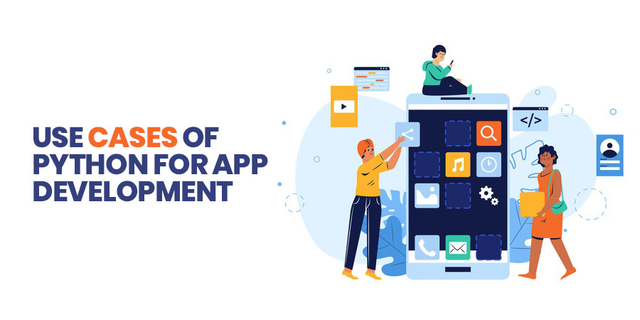 Let’s have a quick glance over the top mobile apps that are created using advanced features of Python and why they chose Python for their app development process:

Pinterest is a renowned image sharing site that allows users to bookmark various images, collect and share these images with other users. As one of the most-used apps in the world wide web, this app relies on Django (a Python framework) to rapidly deal with a bunch of content. In fact, this web application has used Python since day one.

This is one of the most famous apps that is built using Python. This app that changed the world of digital photography, more it accessible, made instant, and widespread. This app has expanded lines of creativity and defined new rules in social media marketing. It also allows users to take as well as edit pictures and share them online. With over 400 million active users every day, this app obviously negates any notion that custom mobile apps built using Python are not really scalable.

It is the world’s largest streaming service having annual revenue of more than €5 billion. This makes it a market leader and also one of the popular Python mobile applications among businesses and users. This company chose Python due to its advanced data analytics and development speed that the language provides. This enables the firm to manage several advanced functions such as Discover and Radio, which are totally based on the personal musical preferences of mobile phone users.

This is a famous commenting plug-in which is an effective and simple way to engage audience and fuel discussion while controlling incoming comments by intelligently moderating the comments. Allowing cross-site notifications and multiple sign-in options, this commenting platform serves audiences with various kinds of preferences. This platform makes use of Django’s advanced security features and security patches in this plugin.

Another famous mobile app built in Python is Dropbox which is a file-hosting service and recently moved from Python 2.7 to Python 3. One of the famous desktop mobile apps in the world, Dropbox can also be installed on macOS, Windows, and some flavors of Linux operating systems. One of the best features of Python is that it is portable and works on a plethora of platforms, from Linux and PC to PlayStation.

This is a ride-hailing service that provides peer-to-peer ridesharing, food delivery, and bicycle-sharing (among various other services), Uber has a lot of options to offer to its users. The company operates in 785 metro areas all across the world and is estimated to have approximately 100 million users.

Here again, Python handles a large amount of data and is pretty easy to learn and work with, which are the main reasons this programming language is so popular. All these advantages of Python make it a favorite choice for firms whose mobile applications need to be secure, reliable, and rely on mobile app developers around the world to maintain it.

It is a social news aggregator headquartered in America. This online forum and discussion application run on Python, even though originally it was coded in Common Lisp. After looking for greater development flexibility and wider access to code libraries, Reddit made the switch to Python programming language.

If you look at this, this web application is somewhat of an anthill. With more than 600 million monthly visitors, Reddit is one of the most impressive and popular Python app examples these days. All the registered users post content such as video, text, or pics in a plethora of categories, and vote it up and down.

Now, if you are a programmer and want to create a mobile app with Python you can use both Kivy and BeeWare. And as far as considering the maturity level, the Kivy tool seems to be the more mature platform at present.

If you are a business owner and hire a mobile app developer, you can consider Python development companies for your project. These companies have skilled professionals who can create secure and feature-packed Python-based mobile applications as per your business requirements.