6 Tips for Effective Use of Node on Android Devices

6 Tips for Effective Use of Node on Android Devices


You can run JavaScript Node applications directly on your Android phone, AVD, or embedded IoT device. I’ll show you six tips to use the open source project, Termux, to effectively prototype Node applications on Android.

Choosing Android for the OS of your IoT device allows millions of mobile developers to quickly access your platform. However, choosing a good platform is not enough.  You need to make it super easy for many types of developers to bring their creative ideas to the prototype stage.

To help developers rapidly prototype their ideas on Android IoT devices, many people in the community are using Termux for RICOH THETA development. This serves as a knowledge bridge for the backend written in JavaScript or Python and the Android IoT device app written in Java. These techniques are applicable for any Android device, including phones.

The code for the project is available on GitHub.

You may also like:
Android Tutorial – Learn Android From Scratch!

Build the Web GUI to Control the Android Device 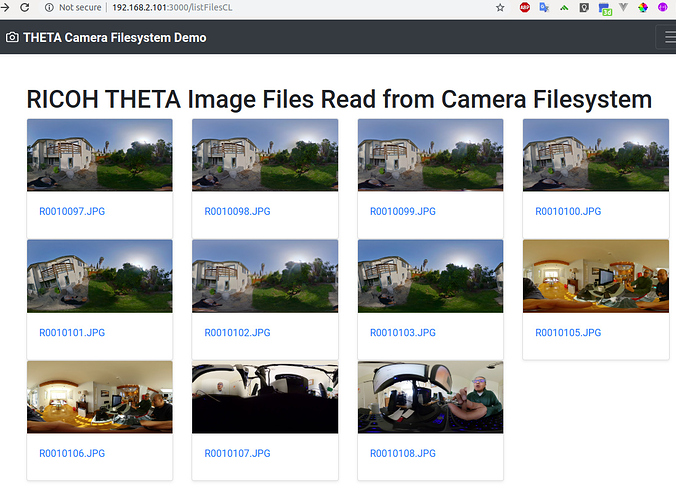 Build a web GUI to interact with your Android device for testing, configuration, and demos. My device is a networked Android camera, and I use the GUI to take and preview pictures. This is easy to do with Node, Express, and Bootstrap. My photo album example uses a modified Album example from the official Bootstrap site.

It’s very cool to run the Node server directly on the camera, as I have direct access to the camera file system and can process images locally inside the camera before pushing the images to another server or application. 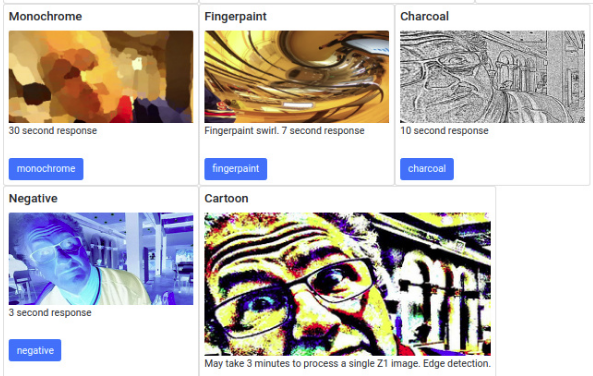 In this example, I’m processing each 5MB image inside the camera with GraphicsMagick for Node through the gm package. This allows for transformations, such as a cartoon styling with a single line of code. 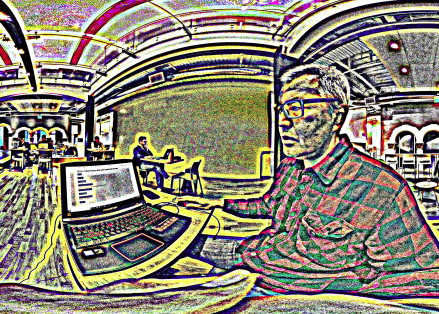 For prototyping a concept and showing your peers or boss, Node and Express are super easy.  My previous project with Java and the native Android SDK was more difficult. I built the web GUI in Java with NanoHttpd and handled processing with OpenCV using the Android NDK.

With a web GUI and image display, you can immediately convey your concept and show what is happening in the IoT device. 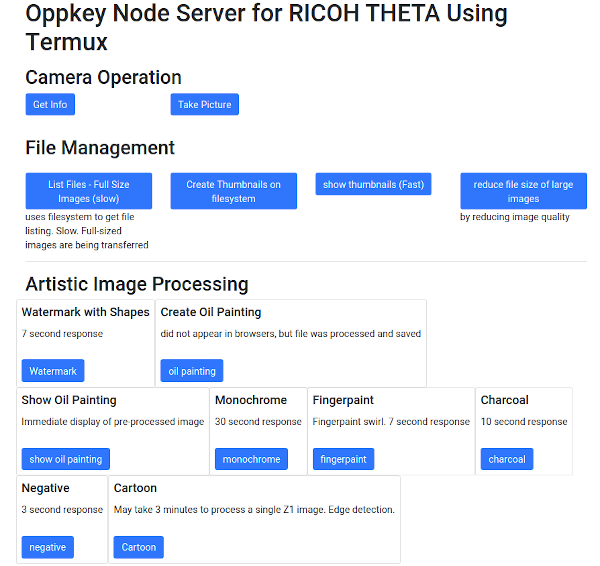 Additional details on building the WebUI is here.

On an embedded device, you should download Termux from a site like F-Droid, not from Google Play.  I have more details of the setup process in this article. Install the Termux apk with adb:

To get my public ssh key onto my Android device, I am using Vysor, which displays a virtual screen.  My physical device doesn’t have a screen. 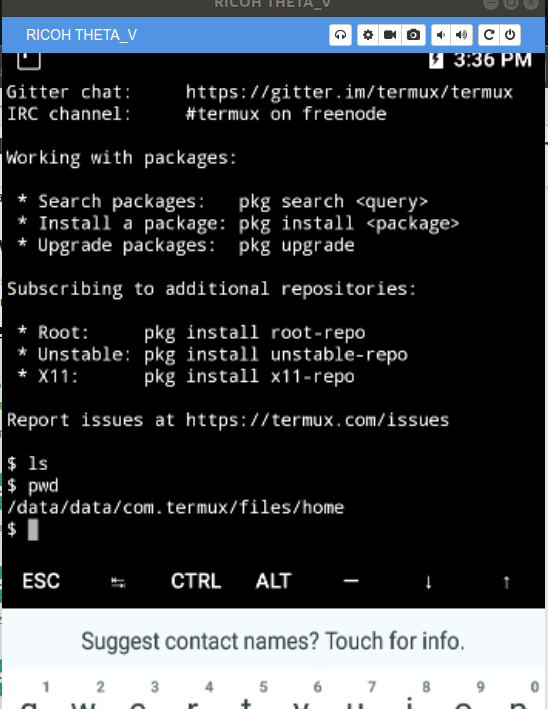 My Android device has Wi-Fi access. To connect to the Internet and use Vysor over USB, I use this command from my workstation:

I can then connect my camera to the Internet through my Wi-Fi router. 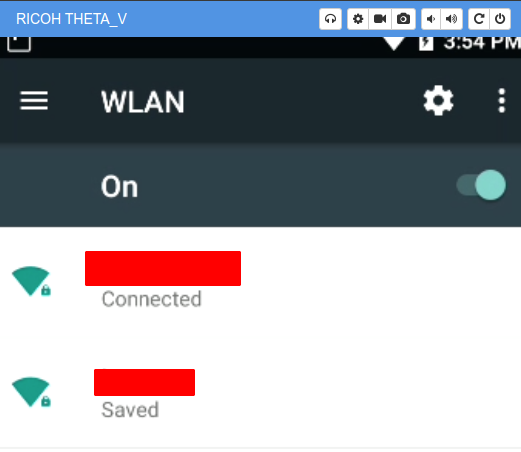 You can test Internet access with a ping to any known domain. 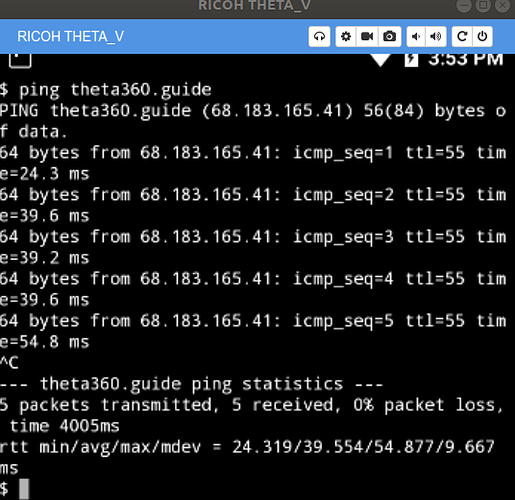 In the Android settings, enable permissions for Termux. 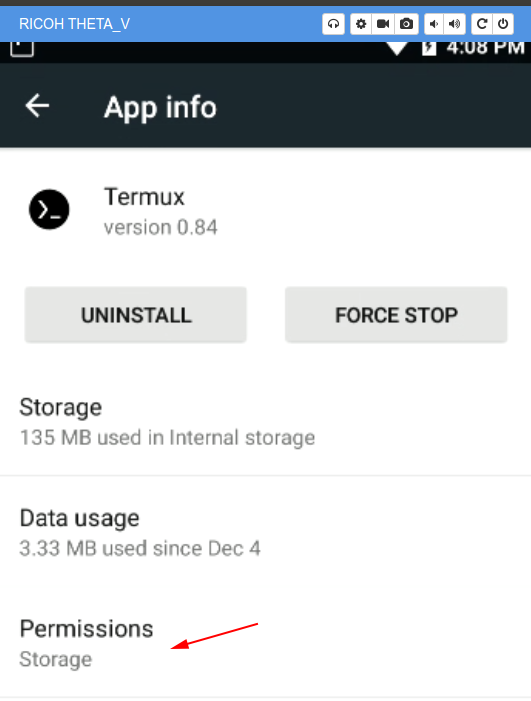 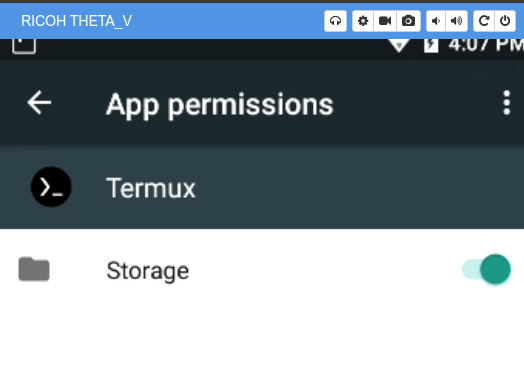 Check Storage. You should be able to access your Android pictures, music, and movies from inside of Termux. 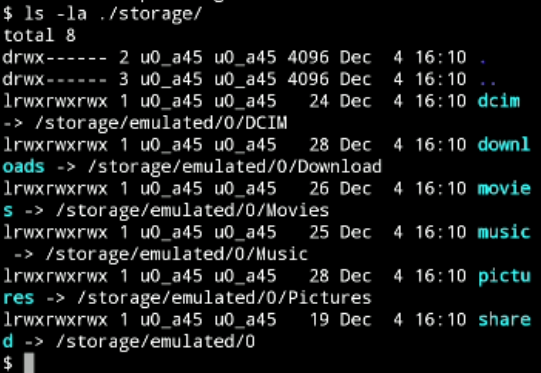 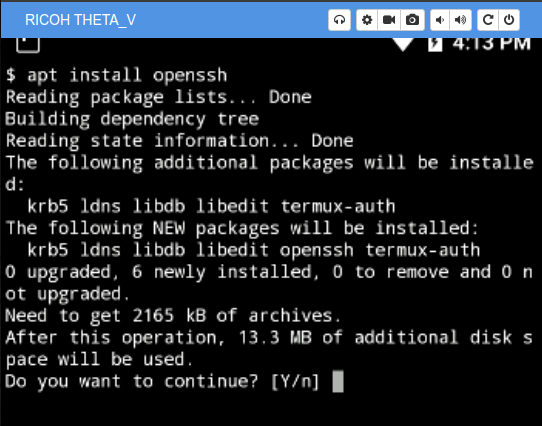 On your local system, copy your public key into your clipboard. The screenshot below is from the workstation. Copy the contents of id_rsa.pub into your system clipboard. For example, open the file in a text editor and copy it with CTRL-C.

Paste the key into  .ssh/authorized_keys on your Android device.

Start SSHD when Termux starts by adding it to your .bashrc.

If you’re familiar with Emacs, it’s a great way to open up multiple windows through the same ssh session. 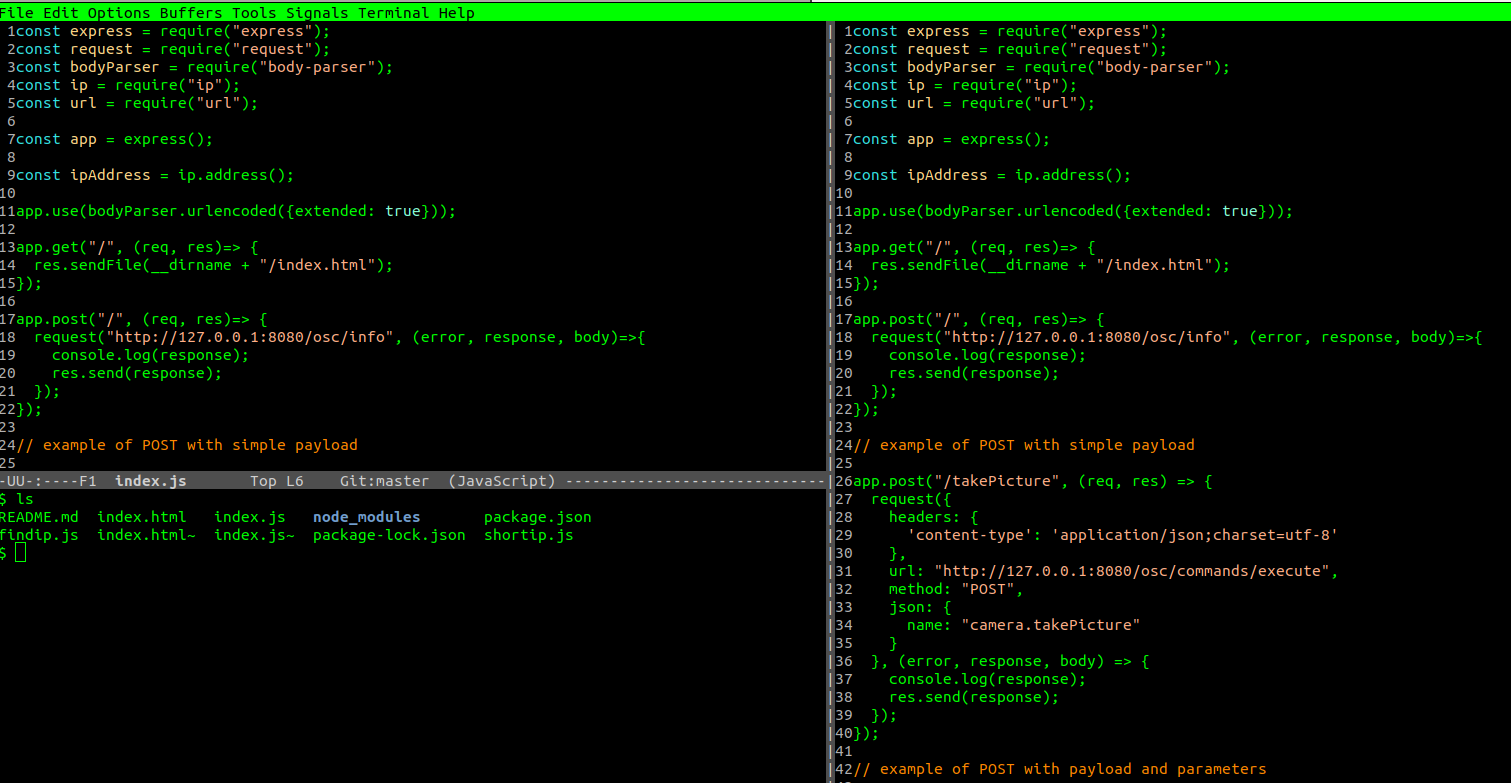 If you do not want to use Emacs, you can use tmux for similar functionality. 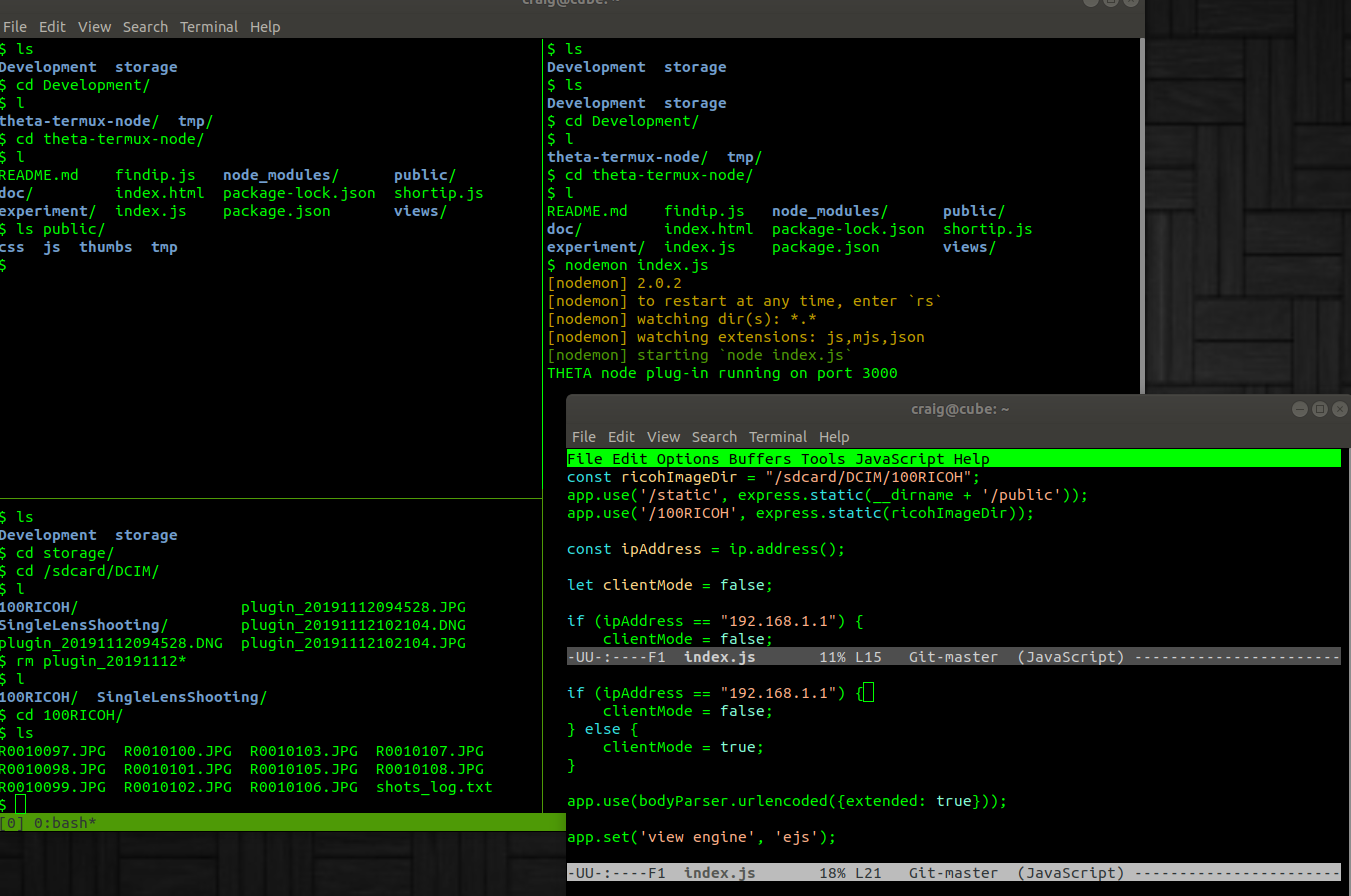 
4) Use Termux:Boot to Start Your Node App Automatically

Create a new file ~/.termux/boot/startup and add these lines:

Make sure you have the full path of node index.js. The node command and the index.js file name need to be on the same path.

Adjust the path to the location of your index.js file

I can now start both Termux and my node application with the physical button of my Android device. To do so, follow these steps:

Use NeDB Instead of MongoDB

If you’re familiar with Node development, you might reach for MongoDB as your database of choice.  MongoDB doesn’t run on Termux. The good news is that NeDB is pure JavaScript and runs great inside of Termux on Android.

Here’s a short example of using NeDB on Android with Node.

Since I’ve enabled storage (see tip on enabling storage above), I can access my camera pictures directly on /sdcard/DCIM/100RICOH/ .

This is the output of the  findAll()  function. 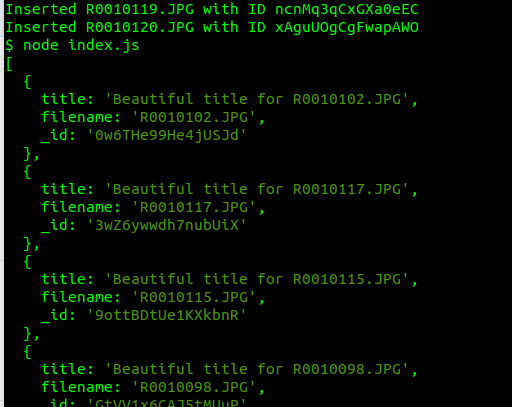 Most IoT devices have access to more data than can be handled effectively in the cloud. This problem is especially acute when you deal with image and video data. Each image on my camera is 5MB, and a typical session will capture hundreds or thousands of pictures. To help with this problem of transmitting huge data files over the Wi-Fi network, I reduced the file size of the image with gm.


Despite the massive reduction in file size, the image quality looks okay. 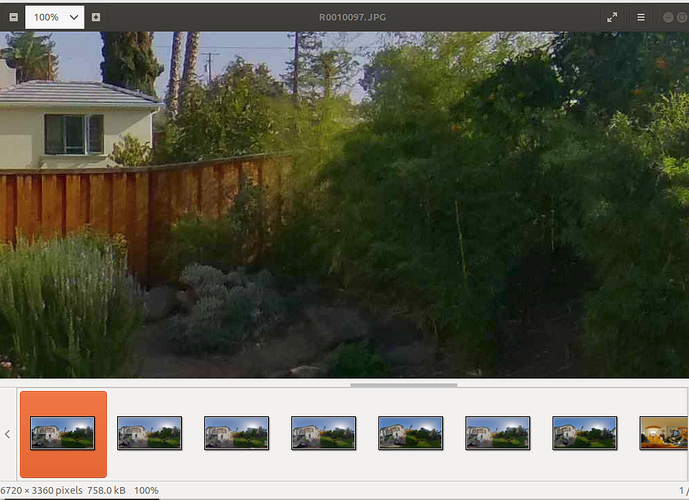 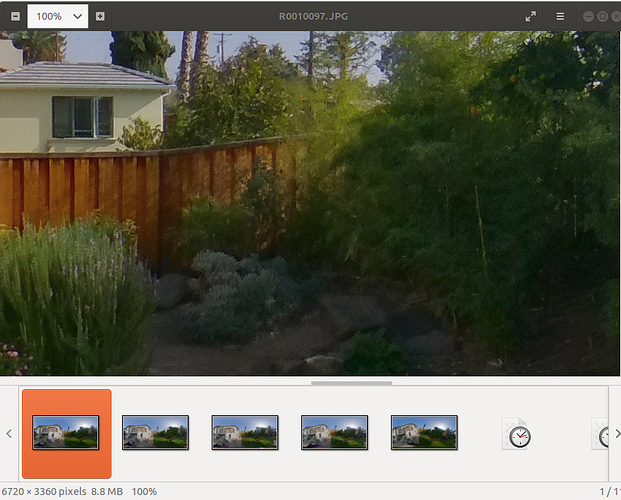 You can process the images down to thumbnails. This example shows how to reduce the 9MB image files down to 4K with 200×100 pixel size. 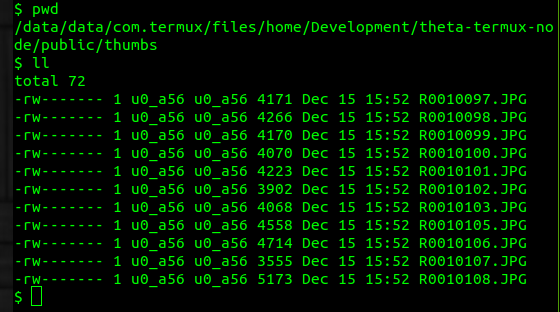 Note that you need to adjust the JavaScript example for your specific Android device.

Make a directory for Development. 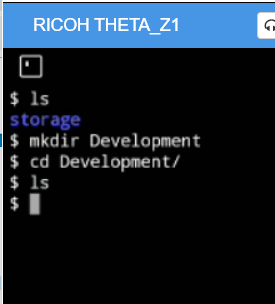 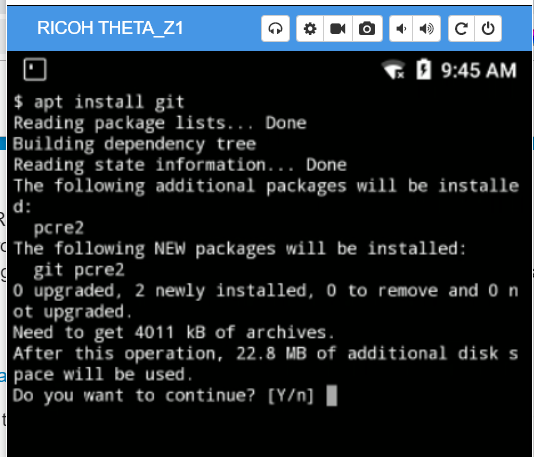 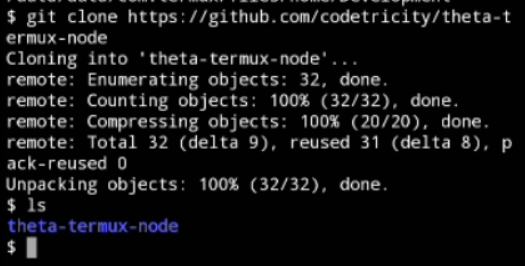 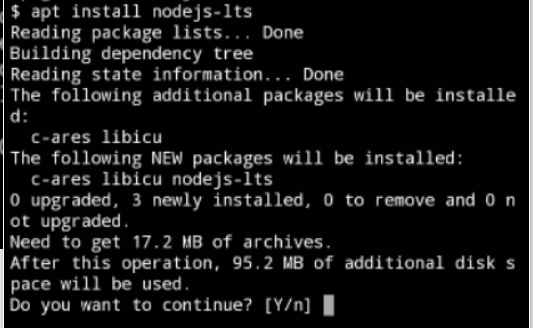 Get the IP address if you don’t already know it. I’m getting it with ifconfig 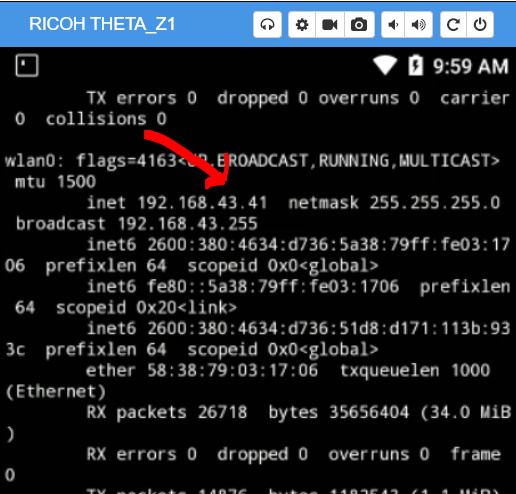 The server should start on port 3000.

Use a web browser to connect to the IP address and port. See this article for more information. Note that unless you’ve installed the sample code on a RICOH THETA Android device, most of the commands won’t work without modification. However, you can use the code example as a reference for your specific Android device.

Running Android on Node is a very fast way to build IoT prototypes on Android if the developer is already familiar with Node for backend development. This is a great way to test concepts, show peers, and managers. As most people use Termux on an Android phone with a screen, using Termux on an Android device with no screen can be tricky to set up.

However, once the environment is properly set up, it is a very pleasant and stable development environment. Follow these tips to help you achieve a more blissful and aggravation-free coding experience.