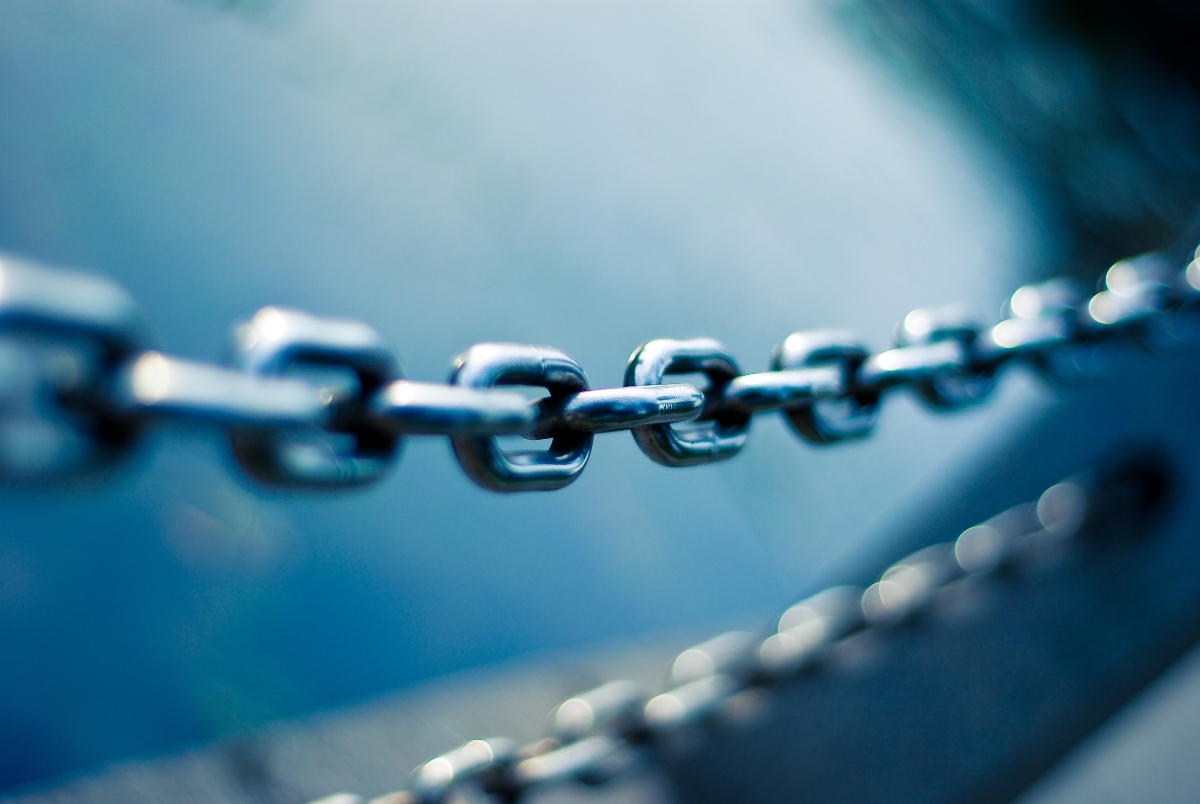 In this article, we are going to build a simple deep linking mechanism in React Native, which takes a user to a specific screen of a sample app, after clicking on a deep link outside the app (e.g. Safari). The output will look like this: 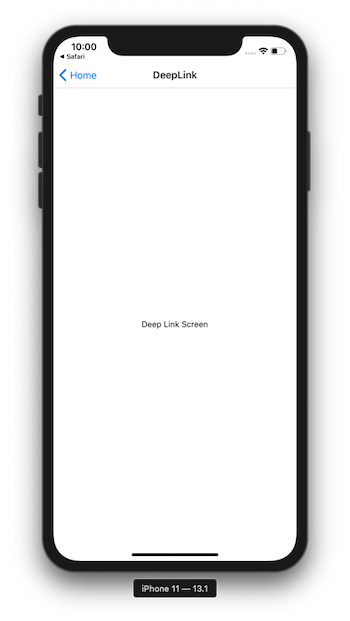 To get started, please create a new React Native project by executing the following command:

To be able to support deep linking navigation, let us add the required npm packages. Once the project directory has been generated, navigate inside the project folder from your terminal and install the following dependencies.

For iOS, you just have to run the following set of commands.

You may also like: React Native Developers: Create Your First App.

For Android, add the following lines to the
android/app/build.gradle file under
dependencies section.

Next, go to android/app/src/main/java/com/rndeeplinkdemo/MainActivity.java file and add the following.

After the dependencies have installed and react-navigation configured for each platform, create two mock screen files inside the src/screens directory. First, create a file HomeScreen.js with the following code snippet. This screen is going to be the initial screen when the app loads.

Next, create another file DeepLinkScreen.js. This screen is going to open when the user is transiting from a URL.

Let’s create a stack navigator from both the screen files. Import the following statements inside the file src/navigation.js.

Next, create a stack navigator with HomeScreen as the initial screen.

To enable deep linking the app requires some identifier to recognize the path to the screen to open from the given external URL. react-navigation has path attribute that tells the router relative path to match against the URL. Re-configure both the routes as following:

The last piece of the puzzle here is to configure the navigation to extract the path from the incoming URL from an external resource. This is done by uriPrefix. Add the following code snippet at the end of the file.

Do not forget to import the navigator inside App.js file, which is the main entry point of the current React Native app.

To make this work, you have to configure the native iOS app to open URLs based on the prefix myapp://. Open ios/rnDeepLinkDemo/AppDelegate.m file and add the following.

Then, open the ios/rnDeepLinkDemo.xcodeproj in the Xcode app. Select the app from the left navigation bar. 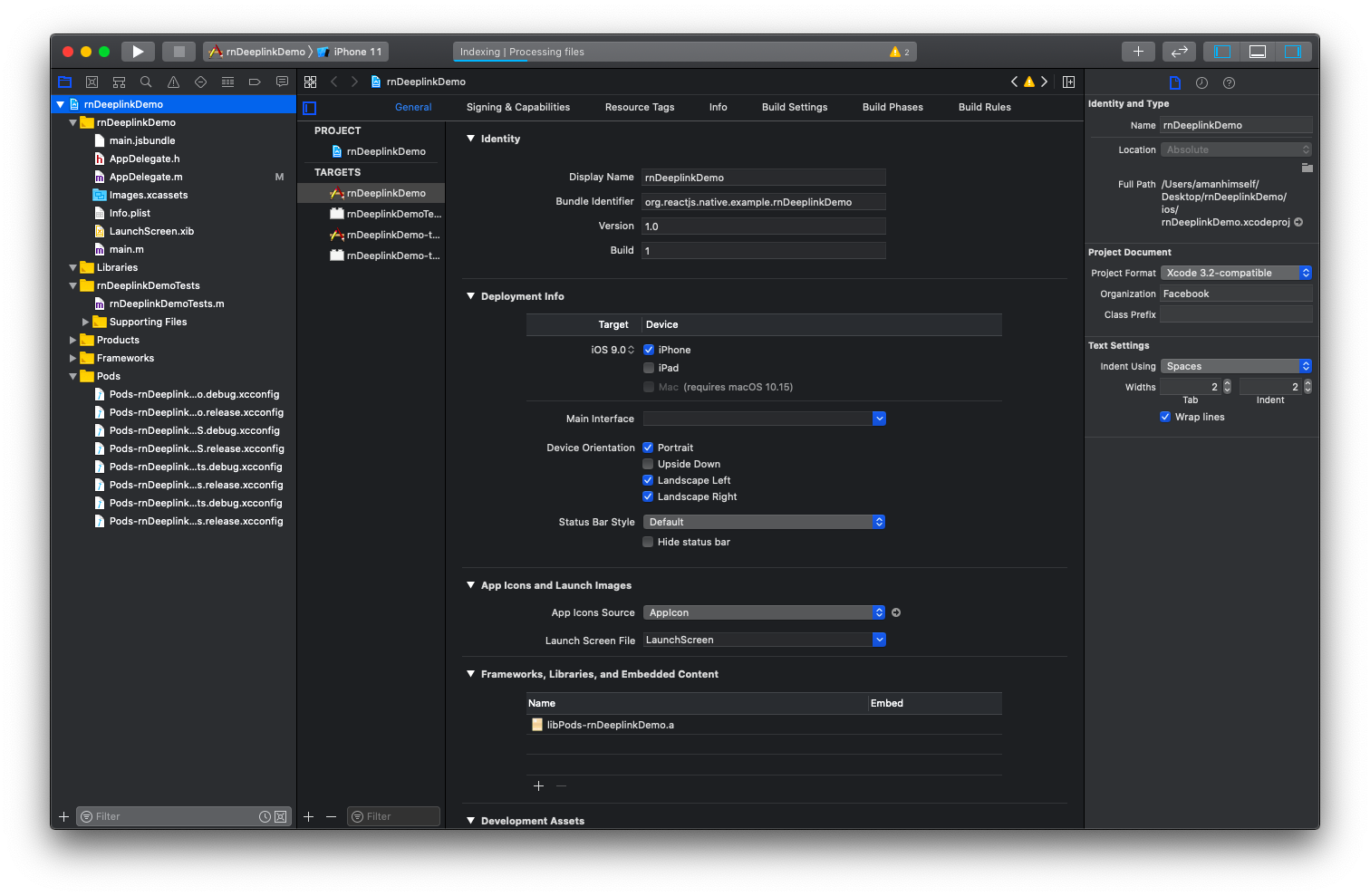 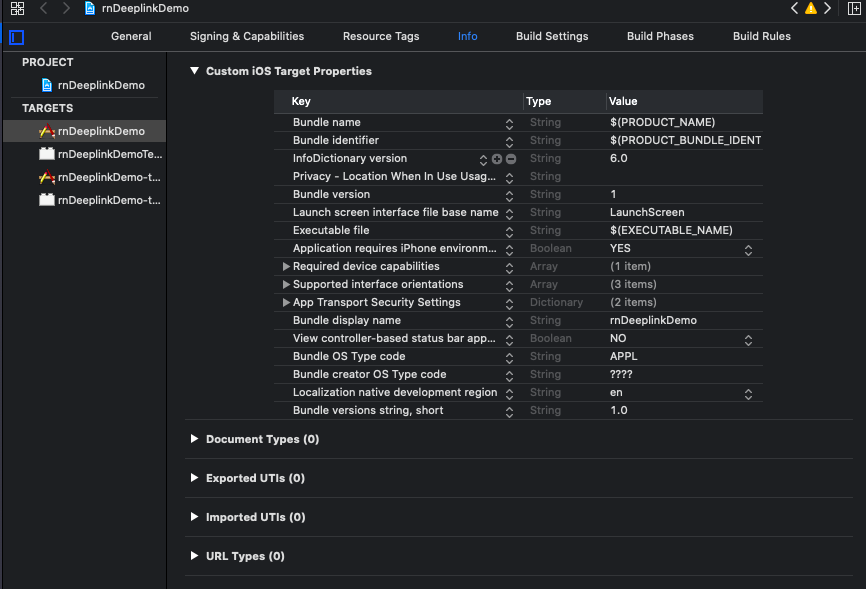 Next, go to the URL Types.

Click the + button and in identifier as well as URL schemes add myapp.

The external URL is going to look like this:

To test it out, there are two ways. You can either test by executing the command below in a new terminal tab.

Or, open the Safari web browser in your iOS device or simulator. Type in the URL and press enter.